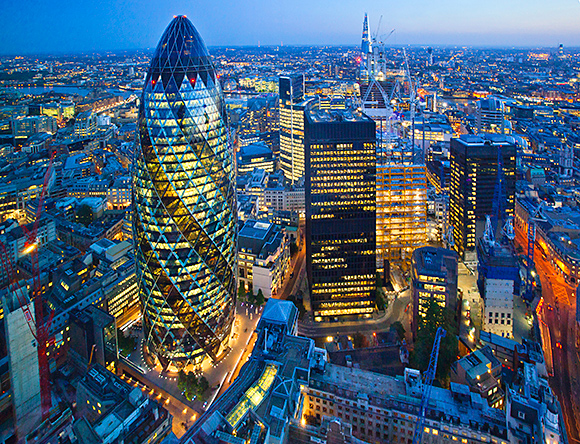 HUNDREDS of small and medium-sized enterprises around the UK, including Scottish hospitality businesses, may be in line for compensation from their banks after an initial probe by the City regulator found widespread mis-selling of products designed to protect businesses from fluctuations in interest rates.

The Financial Services Authority (FSA) announced last July it planned to investigate what it said were “serious failings in the sale of IRHPs” (interest rate hedging products).
And following a pilot review of 173 cases carried out since, the FSA found at least one breach of regulations occurred in 90% of sales of IRHPs by four banks – Barclays, HSBC, Lloyds and RBS.
The watchdog said redress will now be due to customers in a “significant number” of the 173 cases.
Barclays, HSBC, Lloyds and RBS will now begin their review of IRHP sales to small businesses, after their proposed approach was assessed in the pilot review. Sales of IRHPs by Clydesdale and Yorkshire banks, Allied Irish Bank (UK), Bank of Ireland, Co-operative Bank and Santander UK have also been under scrutiny from the FSA, which hopes these banks can start their reviews by February 14.
“We believe that our work will ensure a fair and reasonable outcome for small and unsophisticated businesses,” said Martin Wheatley, CEO designate of the Financial Conduct Authority, which is set to replace the FSA.
The FSA’s findings come after mounting claims over the past two years that IRHPs, typically sold when businesses renewed their banking facilities, were sold without customers being fully informed of the downsides of the products.
These range from being locked into paying high interest rates when rates fall, as they have dramatically since the banking crisis of 2008, to the high breakage costs involved when a client tries to exit the agreement; in some cases that could amount to 40% of the value of the loan. Some customers have been locked into hedging agreements of 20 years on five-year loans, it’s understood.
Financial adviser Graham Langley said last week’s announcement by the FSA was a “positive step”, but he retains concerns over the review process.
“My initial response is that I’m not surprised – it’s quite apparent that a significant amount of mis-selling has taken place,” he told SLTN.
“We have regularly seen banks breach at least one of the code of conduct regulations they are supposed to adhere to.
“I do have concerns about the appeal process – the banks are responsible for deciding whether there should be a claim or not, so in effect they are self-policing. The appeal then has to be overseen by an independent party, but those parties could be accountants who do a lot of work for the banks, which could be incestuous. I’m not sure if the scrutiny will be totally independent.
“But it is positive that the FSA says there is a case to answer.”
As part of its initial review, the FSA said it had revised the eligibility criteria to ensure it focused on businesses that were “unlikely to understand the risks associated”.
However, John Glare, who founded the NAB Customer Support Group for Clydesdale and Yorkshire Bank customers, said he was disappointed the review has not been extended to include customers who have swaps “embedded” in their business loans; in the cases under review the product was sold separately to the loan.
“The problem is that Clydesdale Bank and Yorkshire Bank, both owned by NAB, were embedding swaps in fixed rates, and we’ve been excluded from the directive because of that,” he told SLTN.
“We’ve been knocking on the door for a long time. The FSA had to engage with their lawyers to try to work out whether we should be included or not.
“But the reality is there is absolutely no reason for us to be excluded from the directive, because whether the swap is embedded in the loan, or signed separately to the loan is immaterial – we’re still suffering the same breakage penalties, and we’re still subject to the same mis-selling.
“Every lawyer I’ve spoken to has agreed with that, and said it would just be a matter of time before the FSA gives in.”

Image – The controversy has been likened to the payment protection insurance scandal.