BY his own admission, Jacques Borel doesn’t work as hard as he used to.

The veteran French hotel lobbyist puts in a ‘mere’ 70 hours a week these days. While that may be a typical week for many hospitality staff, it’s remarkable for a man approaching 86.
For 48 years, working in excess of 100 hours a week was standard practice for the seasoned salesman.
Such singular determination was arguably a crucial asset in the four years of shuttle diplomacy he carried out to convince the 27 finance ministers of the EU to allow member states the right to reduce VAT for the hospitality sector.
That was in 2004, and surveys carried out by Borel’s VAT Club since suggest that countries that took up the right, including France, Germany, Belgium, Sweden, Finland and Ireland, have seen employment rise in bars, hotels and restaurants, with the loss to government in VAT receipts eventually offset and then exceeded by the positive impact it has had on the sector. 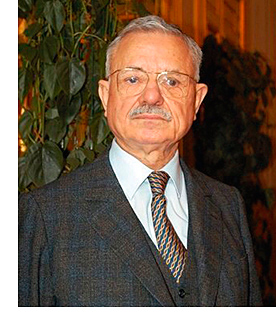 In the case of France, which lowered hospitality VAT from 19.6% to 5.5% in 2009, Borel claims that not only were 90,000 jobs safeguarded, 75,000 were created as the move sparked what marketing gonks call a ‘virtuous circle’.
The lower prices made possible by the tax cut are said to have led businesses to attract more customers, with the increase in revenue that followed allowing owners to invest in staff training, customer service and improvements to their premises.
Now Borel is on a mission to persuade the UK Government to take the plunge and reduce VAT for hotels, bars and restaurants from 20% to 5%, hoping that a second survey on the impact seen elsewhere in Europe, due to be published in April, will make convincing reading.
He also hopes the new statistics, which he revealed had produced “much better results than anticipated”, will convince more UK businesses to join his VAT Club.
So far 39 operators have signed up, including JD Wetherspoon (the first), Pizza Hut, Punch Taverns, Prezzo, Subway, Heineken and the Independent Family Brewers of Great Britain, with Borel targeting 75 by next July.
With unemployment approaching 2.5 million in the UK, Borel reckons the VAT move would bring a jobs boost the Coalition can’t afford to ignore. But time is of the essence, it seems.
The VAT Club is in the process of making contact with 100 MPs, as well as cabinet ministers including the Chancellor and Danny Alexander, chief secretary to the Treasury, to hammer home the message that action is needed now if the benefits are to be realised before the election in 2015.
“We are accelerating [the campaign] at the moment because the objective is to be included in the Autumn Statement this October/November,” Borel said.
“Why is it so urgent? Because you need to obtain results before the elections of 2015. You need three to four years to obtain full results, so if we do obtain a decrease of VAT for April next year, that will be one year out of three to show the results in terms of the creation of jobs.”
One aspect of how VAT is run in the UK that especially rankles with Borel is the fact food is zero-rated in supermarkets. He said it gives the major grocery chains an unfair edge on the on-trade, and that it’s a major cause of binge drinking.
“In all other countries in Europe, food is taxed at 5%, whereas in this country it is not taxed,” he said.
“At the present time you have binge drinking because of an unfair fiscal position with the supermarkets; the supermarkets are zero VAT-rated for food, and because of the tremendous profits they can sell booze at a very cheap price.
“People can buy beer and vodka at a very cheap price, and go to parties to ‘pre-load’ or get drunk in the streets.
“We say that all prepared and packaged foods should be taxed at 5% because there is no difference between a pizza sold in a supermarket and a pizza sold in a restaurant, except for two and a half minutes in a microwave oven.”
Borel admits he has some way to go to get the Treasury on board, but he’s confident of eventual success.
“The disadvantage to the Treasury is a decrease in revenue of £7.8 billion, which is big money,” he said. “But then you say you’re going to create 670,000 jobs… This country can’t afford 2.6m unemployed – it’s a time bomb.
“If you have more than one million 18-24 year olds unemployed, they’re going to burn the cities – it’s inevitable.”
He added: “I’ve been a salesman for the past 30 years, and the first thing I learned is that the first answer is always a no. But if you get a favourable answer immediately it leads nowhere, because people are nice to get rid of you!
“As long as you have a no you can start arguing, bargaining, discussing and showing people that there are different aspects to a question.”