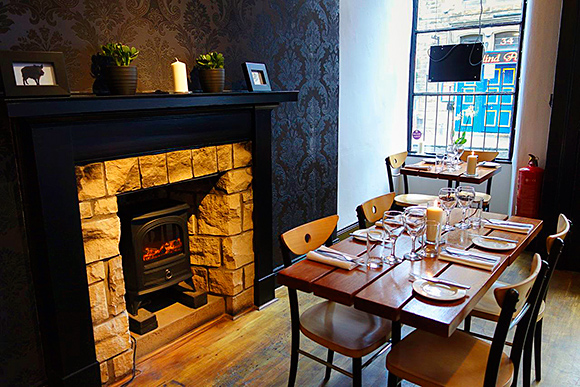 JANUARY might not seem like the ideal time to launch a new restaurant – but for Richard Conway and Gordon Craig the timing was just fine.

The pair, whose paths had crossed two years earlier at the Plumed Horse restaurant in Leith (where Gordon was a chef and Richard was maitre d’ and then manager), opened Field in the former Home Bistro on West Nicolson Street on January 10.
As Richard told SLTN last week, launching Field at the turn of the year gave them a chance to find their feet in their inaugural venture.
“People might think we’re mad to open a new restaurant at this time of year but in any 12-month period there’s a January so we thought we might as well get it out of the way early,” he said.
“We looked at January as a period when we could grow and learn.
“This is our first venture so we want to take things slowly; it’s a growing process.”
The two had often discussed opening their own restaurants – but it was only six months ago when they decided to pool their skills and resources and take the plunge together.
A search for premises took in Dundee and St Andrews, but it wasn’t until they chanced upon the former Home Bistro, close to the Festival Theatre and the University of Edinburgh, that Richard and Gordon found the site that was right for them.
The duo proceeded to carry out a “low budget” revamp, which gave the 22-cover eatery a “minimalist, clean and smart” look.
A simple approach was also applied to the menus. 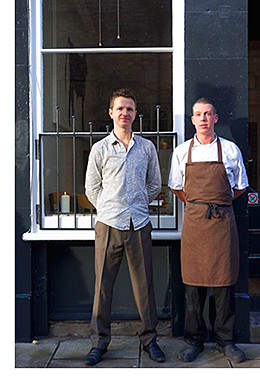 As the name suggests, Field majors in local, fresh seasonal ingredients, with chef Gordon, who has also worked at the Roux family’s three Michelin-star Waterside Inn at Bray in Berkshire, following the Michelin quality concept “without any pretentiousness and concentrating on providing great value for money”.
Dishes on the dinner menu include roast breast of chicken crammed with haggis, haggis sausage, turnip dauphinoise, maple-glazed carrots and Drambuie cream; and slow-cooked pork belly with chorizo, cabbage and potato ball, grilled pak choi and ponzu sauce. Both are priced £12.95.
“Field serves the food I like to eat myself,” said Gordon.
“It’s similar to the food I’ve helped create at Michelin-starred restaurants, simplified for a small bistro and with some playful elements added.”
Offering diners value for money was also top of the agenda when Richard and Gordon compiled the wine list.
Richard said the restaurant aims to showcase “world class wines at prices which will shame Edinburgh’s top-end establishments”; prices range from £15 to £60 a bottle, with Richard and Gordon opting to make a similar margin across all of the wines on the list.
“Too many places see wine as the money-spinner,” said Richard.
“They take advantage [of the fact] that people will pay over the odds, particularly at the top end, and are making 70% to 80% GP.
“We are making the same cash margin on our entry level and top end wines.
“Offering people value is very important in this day and age.”

Images – Richard Conway and Gordon Craig launched Field restaurant in Edinburgh last month. They aim to offer the “Michelin quality concept but without any pretentiousness”.