DEJA vu. That’s a sense Scotland’s licensed trade is probably feeling a lot at the moment.

2013 may be a new year, but in a legislative sense it seems to have started off pretty much as last year left off with the industry facing yet another consultation in the shape of the Further Options for Alcohol Licensing proposals.
With the Scottish Government and the Scottish Parliament having had no fewer than three goes at legislation affecting the licensed trade since 2009, one might think that our politicians would think twice about making even more changes to Scotland’s licensing laws, which fewer and fewer stakeholders think are “fit for purpose,” let alone are able to follow.

Why should boards be able to regulate beyond the sale of alcohol?

The latest consultation is little more than a re-hash of a mish-mash of a lot of the ideas that have been around for the last several years; collectively it amounts to a badly-designed sledgehammer with which to have another crack at Scotland’s licensed industry.
Many ideas have already arguably been enshrined in legislation. Police calls for “vicarious responsibility” and the “fit and proper person test” to be restored to Scotland’s licensing system were legislated for in the Criminal Justice and Licensing (Scotland) Act 2010. So why do we need to legislate for them again?
Other proposed changes seem to be imposing statutory obligations on licensing boards which are already, in effect, delivered by the 2005 Licensing Act.
Does anyone really believe that any licensing board in Scotland does not see its role as promoting the licensing objectives? It is what boards do in their policy statements and in reaching decisions on every licensing application they consider. To suggest otherwise is at the very least disrespectful to boards and their members.
If that wasn’t enough the Scottish Government seems keen to reverse the Brightcrew decision, which offers some clarification, both to boards and operators, about the balance of power in Scotland’s licensing regime.
Why should boards be able to use licensing law to regulate matters beyond the sale and supply of alcohol, and directly related matters?
After all, the 2005 Licensing Act itself prohibits boards from duplicating other mandatory regimes like planning and so on and also from making mandatory conditions imposed by the Licensing Act “more onerous”. 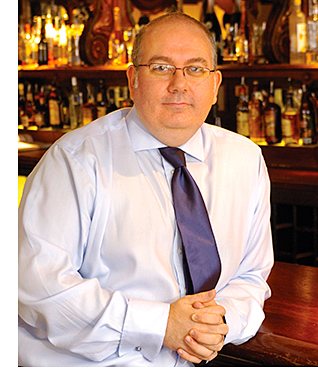 In many policy areas, like for example lap-dancing, the Scottish Government itself has decided not to legislate.
That should not give Scotland’s 40-plus boards the right to act like mini-Parliaments and use liquor licensing law to come up with their own localised regimes on matters clearly beyond the sale of alcohol.
The critical question which all of our politicians should have to answer is what another round of licensing legislation will deliver beyond the changes we have already seen. Scotland has lost 3000 liquor licences and probably around a thousand pubs since 2009.
According to NHS Scotland’s own figures, alcohol consumption is well down as are the health impacts of alcohol abuse.
The Scottish Parliament has legislated for minimum pricing of alcohol. So how will yet another round of licensing law help tackle alcohol misuse in Scotland any further?
As my dear mother used to say, “When you are in a hole, best to stop digging.” For some of our politicians, when it comes to the issue of alcohol licensing, it would appear their response is to ask for yet another shovel.

• Patrick Browne is the chief executive of the Scottish Beer & Pub Association.