HAVING recently launched its microbrewery, it’s no surprise to hear that steps are taken to maintain beer quality at SLTN’s reigning Independent Pub of the Year, the Oak Tree in Balmaha.

The bar on the banks of Loch Lomond has used Beer Piper since shortly after it opened in 1997, and owner Sandy Fraser said it’s testament to the system that the bar regularly gets good feedback on its beer quality.
“We’ve recently started our own microbrewery and currently sell as much of our own Balmaha Best as we can brew,” Sandy said.
“Quality is really important to us and we’re absolutely delighted when people comment on how good our beer is – keeping the lines clean is crucial in maintaining our standards.”
With the cellar some distance from the bar, Sandy said it makes economic sense to use an automated line cleaning system.
“Our beer lines are really long, which would mean wasting significant quantities of beer if we had to clean them manually,” he said. “Who’d want to pour Balmaha Best down the drain?”
Conrad Boucher, general manager of Beer Piper, said “using one of our systems takes away the chore of a weekly manual clean and keeps the lines bug free.”

Ensure the cellar is kept in good health 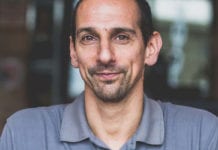 Clean lines keep them coming back 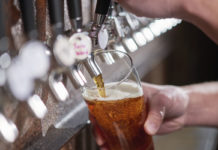 The cellar is ‘the hub of the pub’