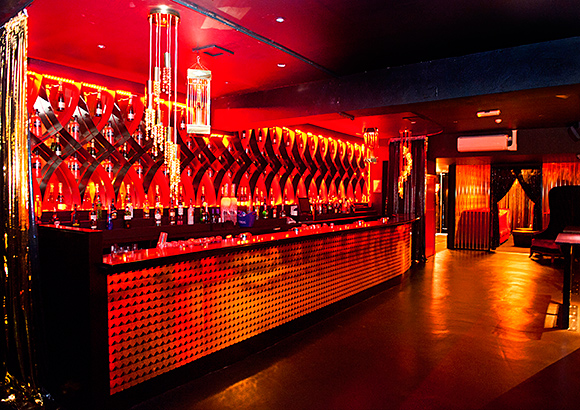 A NEW circus has rolled into town – and it’s helping re-ignite what was once one of Glasgow’s most vibrant late-night circuits.

Cirque, which threw open its doors just before Christmas, is one of several venues, including Strata and Sugar Cube, which are putting Queen Street back on the nightlife map.
It’s also the second to be launched on the street by Hyde Leisure, which celebrated the first birthday of adjacent pre-club venue Independent – formerly The Bank – in November.
Cirque operations manager Mark Loney knows the site well, having spent the early part of his career there when it traded as Archaos in the mid- 90s. He told SLTN the plan for Cirque was inspired by the success Archaos enjoyed in its heyday.
“When Archaos first opened in 1996 it was massive and attracted a lot of Celtic and Rangers players and celebrities,” he recalled. “But for various reasons it started to lose its way and eventually closed.
“The new venue is a sort of homage to the initial success of Archaos.
“We wanted to introduce a show-theme to the new club, a little bit like the Cirque du Soleil, which is quite popular right now, and the fact Archaos had a French circus theme was another tie-in that informed the overall concept.”
Hyde called upon the expertise of Los Angeles-based interior designer Angela Mulvey to help transform the vision into reality.
But the project was not without its challenges. A projected September opening was delayed due to the building’s poor state of repair, not least the three feet of water they discovered sloshing around the basement.
It wasn’t until just before Christmas that Cirque welcomed its first customers. But the early signs are encouraging, with Saturdays drawing a sell-out crowd every weekend since.
The club itself is split into four distinct areas. A spacious, mirrored dancefloor in the upstairs bar is brought to life by a colour scheme of reds, golds and purples in keeping with the circus theme, and the trip to the downstairs bar takes guests past a huge chandelier to a room with silver-lined walls and LEDs.
A bright cocktail lounge, known as the white room, serves premium products in a quieter, more relaxed atmosphere and is proving one of the most popular features, especially with older customers who want to chat and mingle with friends.
There’s also a VIP room for the more discerning client and Loney said Cirque’s private booths are already attracting more than their fair share of well-known faces.
“Discretion is important,” he said. “Glasgow is such a goldfish bowl and a lot of the footballers don’t want to be seen in a nightclub and be bothered by folk. They want to be able to go to a private area and enjoy a night out with their wives and girlfriends. It’s all about discretion and giving them a VIP experience.”
Yet it’s not only VIPs who can expect something different at Cirque.
“It’s a lot more than just a club,” Loney said.
“We are giving people a complete night out with lots of visuals as well as the usual kind of drinks and DJs.
“You can expect to see a variety of performers from stilt walkers to fire eaters, from freak shows to clowns, so there is always something happening.
“It’s been very well received.
“We had a preview night on December 21 followed by the grand VIP launch on the 22nd and every Saturday since then has been at capacity. We have 17 booths in the club and we are finding that they are booked out three weeks in advance.”
Loney said Cirque’s experienced management team should take some of the credit for its early impact.
General manager Peter Latta has worked in various Glasgow clubs over the last decade while promotions manager Maximus Asante has been a promoter and DJ for 12 years. Assistant manager Chris Stewart is one of the men behind Edinburgh’s Club Tipsy whose resident DJs make their way along the M8 every Saturday to take centre stage at Cirque.
Loney said: “Queen Street is thriving once again… the more people we attract here from Sauchiehall Street, Bath Street and The Merchant City, the better it will be for all the venues.” 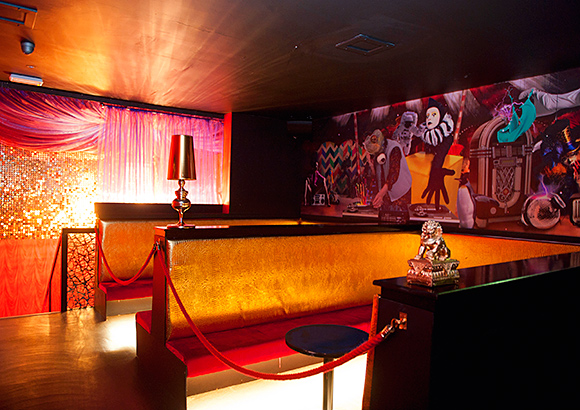 Images – A colour scheme of reds, golds and purples helps bring the upstairs bar to life at Cirque.