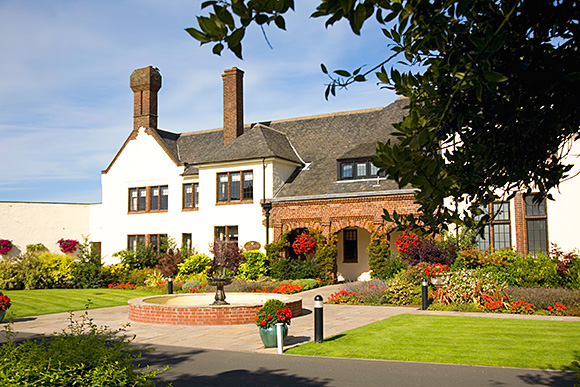 IT’S not just because St Valentine’s Day is approaching that love is in the air at a top Ayrshire hotel.

The four-star venue at Ayr Racecourse topped an online poll carried out by LateRooms.com in the reservation website’s first ever Simply the Guest Awards, based on guest reviews.
Malcolm Balish, general manager of the Western House Hotel, said it was a “great honour” for it to be named romantic hotel of the year.
“When you think of some of the hotel locations in the world, for Western House to win this award is exceptional,” Balish said.
Western House is no stranger to success, having won six awards at last year’s Scottish Hotel Awards, including the Wedding Team of the Year and the Reception Excellence Gold Medal. It has also previously won the Scottish Wedding Hotel of the Year title on three separate occasions.

Image – The award from Late Rooms is the latest in a string of honours won by the Ayrshire hotel.