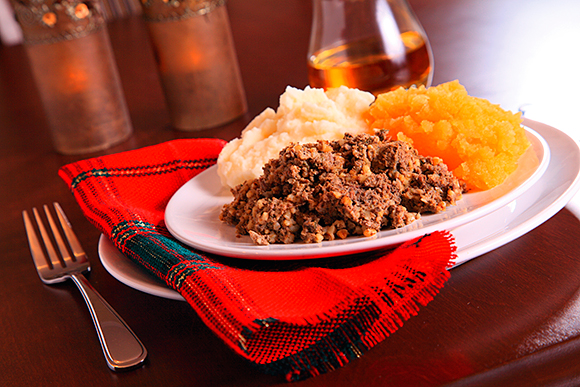 SCOTLAND’S national bard was no stranger to a dram or two during his lifetime, and this month brings the opportunity to raise a glass to our best-loved poet.

More to the point, many of those glasses will be raised in a place close to Burns’ heart: the pub.
January sees a wide range of activities and events taking place in honour of Rabbie Burns, and presents a chance for publicans to liven up what could otherwise be expected to be a slow month for the trade.
In the south west of the country, Dumfries plays host to the Big Burns Supper – a series of events on and around Burns Night and hosted in various venues across the town.
Included in the list of participating venues, unsurprisingly, is local pub The Globe Inn – one of the bard’s old haunts – as well as the Coach & Horses Inn and The Cairndale Hotel.
The Globe, which was said to be frequented by Burns during his years in Dumfries, will host a series of ‘ten minute Burns suppers’, while the Coach & Horses follows in the spirit of Burns himself with a ‘poetry slam’ event. The Cairndale Hotel will mark the anniversary by hosting a number of live music performances.
In Glasgow, the Celtic Connections Festival coincides with Burns Night, and sees events taking place in venues such as the Old Fruitmarket and The Arches, while special Burns Supper menus will feature in a number of other outlets, including Oran Mor and Sloans.
Oran Mor is hosting a Burns Supper on the 25th, including ‘haggis wi bashit neeps an’ champit tatties’, while the same night Sloans will welcome revellers for a night of food and dancing with its Burns Supper and ceilidh.
In Ayr, just a couple of miles from the bard’s Alloway birthplace, events include a Burns Supper at Ayr Racecourse, due to be attended by first minister Alex Salmond, among others, while in the east Edinburgh’s Whiski Bar will be celebrating Burns and all things Scottish with a special Burns Night menu (including complementary dram of whisky) and live music.

Dumfries is playing host to the Big Burns Supper. Venues taking part include The Globe Inn – a former haunt of the bard himself.

Elsewhere in the capital, G1 Group’s Ghillie Dhu is hosting a series of Burns Events between January 21 and 27, featuring traditional Scottish food and live music.

Image – Burns suppers will be served up in venues around Scotland and much further afield on January 25.