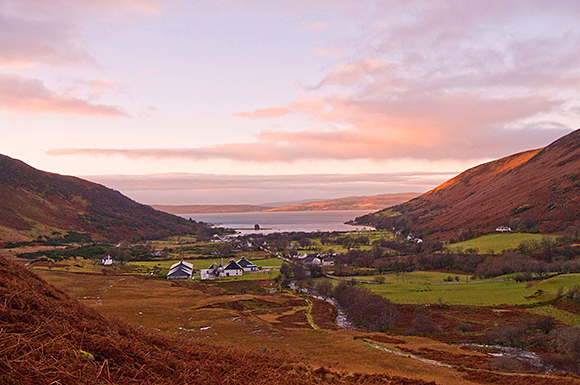 IT’S usually the quietest month of the year for the licensed trade. Consumers, keen to restore some sense of normality to their eating and drinking habits, traditionally cut back on pub visits in January to shake off the excesses of the festive season.

However, as the end of the month approaches, operators have a fresh opportunity to drive business.
Burns Night might not be quite as lucrative to the trade as Christmas and New Year, but the event nevertheless represents a useful opportunity for operators to drive business, and sales of whisky in particular.
“During the lead up to Burns we see a noticeable uplift in sales across our portfolio of whiskies, and we have in the past taken some opportunities to grow awareness of the Old Pulteney brand during this time,” said Nial Mckinlay, UK sales director of International Beverage, whose portfolio also includes Balblair, anCnoc and Speyburn single malt whiskies.
“It’s a great period for all to lift the spirit in the mid-winter months and celebrate two of Scotland’s national institutions.”
The Old Pulteney owner is not the only distiller convinced of the benefits events celebrating our national bard bring to the wider drinks trade.
Euan Mitchell, managing director of Isle of Arran Distillers, said that while Burns Night can help to lift drinks sales in general, whisky’s role as an “integral part” of the traditional Burns Supper means there is a significant opportunity for media coverage in the approach to the event.
“However, much more could and should be made of the celebration in both the on and off-trade markets,” he said.
“It’s a great excuse for a party and bars should consider holding ‘alternative’ Burns Nights to put a modern twist on the Scottish tradition.”
Isle of Arran recently relaunched its own Robert Burns Single Malt, and will be looking to position the brand as an ideal choice for consumers celebrating Burns’ life and works this month.
In order to broaden the appeal of the spirit beyond whisky aficionados, the company has also created a new signature serve, the Burnito.
Combining 50ml of Burns malt with 25ml of fresh lime juice, 15ml of sugar syrup, mint leaves and ginger beer, the Burnito is aimed at consumers who shy away from drinking their whisky neat.

It’s a great excuse for a party and bars should consider holding an alternative Burns Night.

“Introducing special offers to tie in with Burns Night can be one way to increase whisky sales,” said Mitchell.
“Promotions are a great way to drive sales and Burns Night is a good opportunity to encourage customers to try something new, which hopefully they’ll return to buy again,” he said.
“Take the opportunity to capitalise on the tradition by offering customers special deals, drinks offers and exciting whisky cocktails.”

Image – Arran Distillery seen from the hills above: the whisky maker sees January 25 as a major opportunity.