Pub, restaurant and hotel operators share their views on the trade as a career option 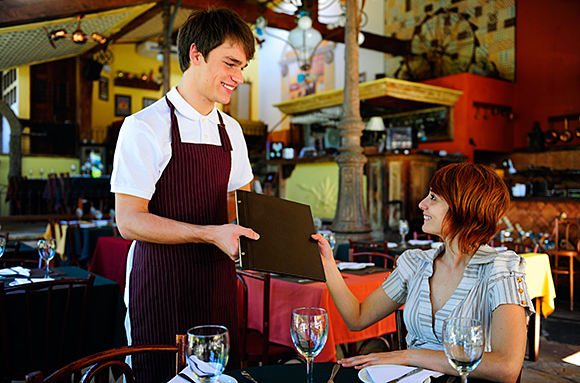 THE start of a new year brings a natural pause for reflection. It’s traditionally a time when people seek to make changes, and while typical resolutions involve losing weight or giving up smoking, some may take the chance to consider their employment prospects.

As such, it seems as apt a time as any to assess how attractive the hospitality industry is as a career and educational platform.
For some, like G1 Group, the Glasgow-based bar and restaurant operator, there’s scarcely been a better time to pursue a career in the sector.
“Having worked in the industry for over 20 years, both in operations and the HR field, there has been a dramatic change to the perception of hospitality over the past five to ten years,” said director of personnel Julie Cassidy.
“For me this is down to organisations like G1 investing in its people and giving opportunities to progress, regardless of age.
“Investing in people and providing a structured path has gone a long way to improve the industry as a career choice.
“Yes, it is hard work, but you can move up the ladder if you show the right attitude, passion and drive for customer excellence.”
The positive light in which careers in the industry now seem to be held is reflected at pubco Star Pubs & Bars (formerly Scottish & Newcastle Pub Company), which reported a significant rise in the number of people showing interest in taking on its pub leases.
To some extent that has been driven by the changes brought by the firm’s relaunch late last year.

Don’t just think about the money – there are things you learn on the job you just don’t get in the classroom or lecture theatre.

As well as a new name, the relaunch was said to have brought greater flexibility to its lease deals, a new three-year business start-up agreement designed to boost trade, help with bills like business rates for new lessees to ease cash flow and support to help operators cash in on food and coffee.
“We’ve seen a spike in applications,” said Ken McGown, the firm’s operations and sales director.
“We’ve seen a 50% increase in terms of applications from people looking to take things on, though I would qualify that by saying we’ve had a lot of interest since our relaunch.
“The name change, the changes to our agreements and the way we do things has been well received, which is very positive.
“We’re also seeing people coming from a wide range of backgrounds.”
But while it seems some are viewing the trade more positively in career terms, one notable hotelier thinks more should be done to improve its image.
Maurice Taylor, founder and chief executive of Chardon Management, which operates a portfolio of hotels for the industry’s biggest brands, said the public’s knowledge of what the sector has to offer must be bettered.
“There is a lack of understanding among the general public as to what the hospitality industry is and there still exists an ‘upstairs downstairs’ mentality, which is sad,” he said.
“There’s a myriad of seriously important careers available in the hospitality sector, from IT development to interior design to yield management and so on, which are not usually on the menu of career advisors who do not have a clear understanding of the munificence of hospitality career options.
“Hospitality is one of the few industries where skills are transferable throughout the world, therefore it’s a very portable career.
“And the nature of shift work – the flexibility it affords working mothers and students, for example – makes it an attractive career option.”
Taylor welcomed the fact there are now more formal hospitality qualifications available through universities, though said it was positive that the industry continued to offer the chance for people to “start at the bottom and get to the top”.
“My own career is symbolic of that – I started carrying bags as a junior night porter at Turnberry Hotel,” he said.
“But you can only move up the ladder if you’re hard-working.”
Taylor, whose firm opened three new hotels in the last three months and plans to launch three more, offered the following advice for people who are looking to establish a career in the sector.
“First and foremost, you must have an interest in or an aptitude for a particular sector, whether it’s food, beverage, people, numbers or decor,” he said.
“Decide what your thing is and then look around the industry for opportunities.
“If we take food and beverage, for example, the best place to start in the hotel business is unquestionably the kitchen.
“I would advise new recruits not to base their career decisions solely on wages at the outset. Look at the reputation of the team running the kitchen, the education new recruits can get there is worth more than the money.
“There are things you learn on the job that you just don’t get in a classroom or lecture theatre – practitioners are the gardeners of all knowledge.”

Image – G1 Group said the progress made by the industry is due to greater investment made in its people.