Licensees look set to lose out after the Scottish Government put back the next revaluation till 2015, writes Martin Clarkson 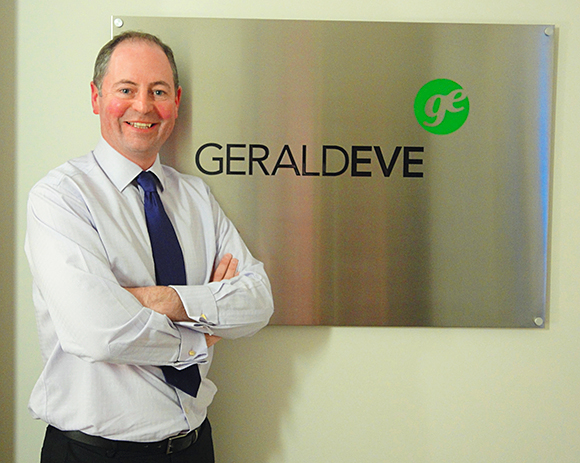 TIMING, so the mantra goes, is the golden rule of comedy.

That being the case, one can only conclude that finance minister John Swinney has no delusions of abandoning the day job in favour of a role as a stand-up.
Take last week’s announcement by the Scottish Government that it intends to fall in line with Westminster and delay the next rating revaluation from 2015 until 2017.
While the subject of property rates can never be described as a laughing matter, there was some irony in the fact the decision came in a consultation paper titled ‘Supporting Business – Promoting Growth’.
The spin is that these measures are intended to provide additional certainty and stability to commercial businesses over what is likely to be an extended period of recovery.
The reality of the proposal will be prolonged hardship to large parts of the commercial property world – particularly, in my view, the licensed leisure sector in Scotland.
Even before last week’s announcement, commercial rate payers could be forgiven for thinking that timing, in terms of commercial property rates, really was something of a joke.
Since 1985, commercial properties in Scotland have been assessed every five years. The rationale has been to reflect changes in property values whether driven by market conditions or specific localised factors.
By law the rateable value of a non-domestic property broadly has to represent its rental value at a point in time two years prior to any revaluation. For example, today’s rateable values were set at April 1, 2010 and refer to values and market conditions at April 1, 2008.

The reality will be prolonged hardship for the commercial property world.

The Scottish assessors applied the law to the letter – as they were obliged to do – however it was based on top-line annual turnover expected to April 2008. In other words, the absolute peak of the market just before the ‘big crash’.
The expectation was that common sense would prevail and some allowances would be granted through reduced rateable values. Not so.
The principle was challenged to the Court of Appeal dealing with two Scottish shopping centres in what was to become known as the Mercat and Overgate case.
The ruling directed that the impact of the recession alone could neither be taken into account in rating assessments between 2008 and 2010, or thereafter.
The sum effect is that while the vast majority of licensed operators have seen trade fall off a cliff, the rates overhead is crippling businesses because it is so out of line with reality.
Before last week’s decision, some salvation was on the horizon as those businesses able to hang on long enough could look forward to the 2015 rating revaluation which, of course, would reflect the market in April 2013, with reasonable expectations of significant reductions in rateable values.
Now they’ll have two further years to wait and in my view pubs and restaurant closures will soar.
But that’s not the only problem: in an earlier announcement, the relief granted to vacant commercial properties is to be reduced from 50% to 10% from April 1, 2013. Pubcos and private landlords take note.
The Scottish Government should be applauded for bringing our Uniform Business Rate in line with what, historically, were lower tariffs in England and Wales.
However, by falling in line with the rest of the UK in delaying our rating revaluation until 2017, rather than retaining Scotland’s five-yearly redistribution of the rates burden in 2015, minsters have grossly misjudged this one.
Technically the proposal is still subject to consultation until February but, given the majority which is in situ at Holyrood, it’s likely to be rubber-stamped.

• Martin Clarkson is a partner specialising in licensed and leisure at Gerald Eve.

Image – Testing times ahead: Martin Clarkson said the decision to postpone the revaluation of commercial property rates could cripple many licensed trade businesses.