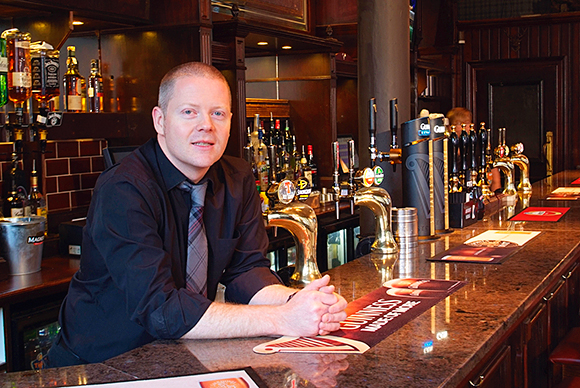 THE project to restore the former Star & Garter in Aberdeen, reborn last month as The Stag, took five weeks from start to finish.

Co-owner Alan Aitken said the collaboration with Broughty Ferry-based Nicoll Russell Studios, in particular partner Andy Baxter, had been crucial to its smooth progress.
“We put out the work to tender and he was the one who really stood out for us,” Alan said. “We were on the same wavelength and it’s a major asset when you’re all singing from the same hymn sheet.”
The project received some funding from RBS, with Alan and his fellow directors meeting the bulk of the £500,000 (for freehold and refit) cost from their own resources.

Image – Operator Alan Aitken said the owners were on the “same hymn sheet” as the designer.