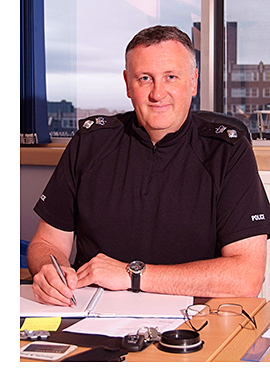 STRATHCLYDE Police is calling on operators and door stewards to be extra vigilant for vulnerable revellers leaving their premises this festive season.

Speaking to SLTN last week, chief superintendent George Nedley urged staff working in bars and clubs to “consider their social responsibilities as well as those under the licensing Act”.
The plea comes after the force launched the ‘we can stop it’ campaign, which aims to change people’s attitudes towards rape and sexual assault following a change in the law which created a range of new offences relating to sex without consent.
Chief superintendent Nedley said he wants to work with the trade to build on the “good work” done by many operators.
And he said it’s in bar and club owners’ interests to report any incidents or anything suspicious to the police.
“Calling the police is not a black mark against you,” he told SLTN. “We would much rather know.
“What will look bad is if a licensee doesn’t phone the police and something happens.
“There’s been a lot of good work done in the licensed trade, particularly with stewards, and we want to build on that.
“If you’ve got someone who’s drunk, think about the customer’s welfare, not just your licensing responsibilities.
“If you put them out, are they with friends? Can they get home? If not, we’ve then got a vulnerable person on the street.
“We’ve had cases with unlicensed taxis hanging about or people pretending they are a friend of the person who has just left the premises.
“We want to work with the licensed trade and stewards so they know what to look out for.
“Our message to the licensed trade is to be extra vigilant.”