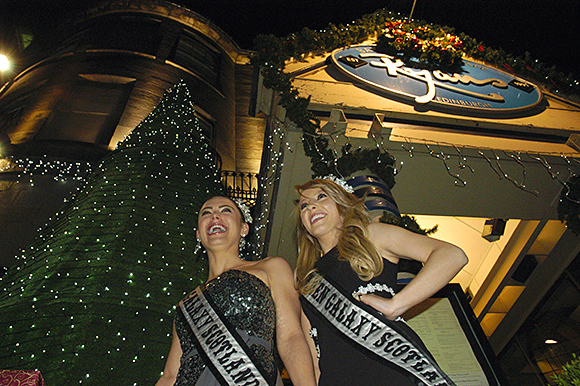 RYAN’S Bar brought festive cheer to the west end of Edinburgh when it flicked the switch on its Christmas lights display.

The event doubled as a fundraiser for Scottish Veterans Residences – the ex-service charity that each year helps 200 men and women from all branches of the Forces.
Ryan’s, part of the Caledonian Heritable stable, laid on mulled wine and mince pies for locals, ex-service personnel and business leaders as a host of fund-raising activities took place, including a charity raffle with prizes donated by Caledonian Brewery, Ryan’s Cellar Restaurant, House of Fraser and Paper Tiger.
The Christmas season officially launches at Ryan’s today, when it pledges that its downstairs restaurant will become a “festive haven for the month of December”.