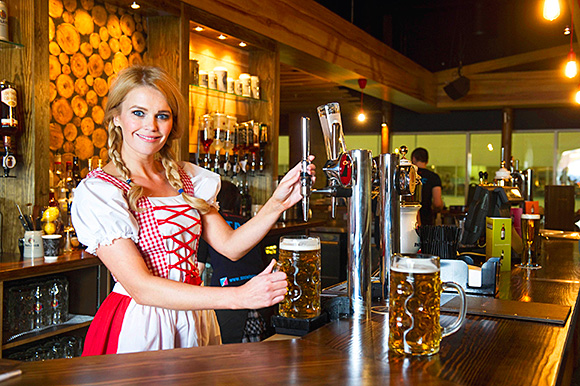 WHEN outdoors entrepreneur Jamie Smith bought Snow Zone, the indoor ski slope at Xscape, Braehead, last December, he was determined to reinvent it as a destination for all kinds of consumers.

And a key part of that plan has been to revamp the bar and restaurant at the facility, now named Snow Factor.
The creation of German-themed Bar Varia, which officially opened on November 3, cost £550,000 and took three months to pull together.
Drawing on his experience working in Germany, as well as visiting après-ski facilities in Europe and the US, Smith briefed contractor Hugh Stirling Ltd to create a venue that would “resonate not just with the wide populace that comes in there, but specifically with the ski, snow sport and mountain climbing fraternity who are our core customers”.
The premises are now divided into three distinct areas – a restaurant, bierkeller (bar) and function area – with additional function rooms on the floor below, adjacent to the ski slope.
Furnished with oak beams, wrought iron chandeliers, stone walls and a wood-burning stove, the outlet is designed to capture the look and feel of a German ‘bierkeller’. 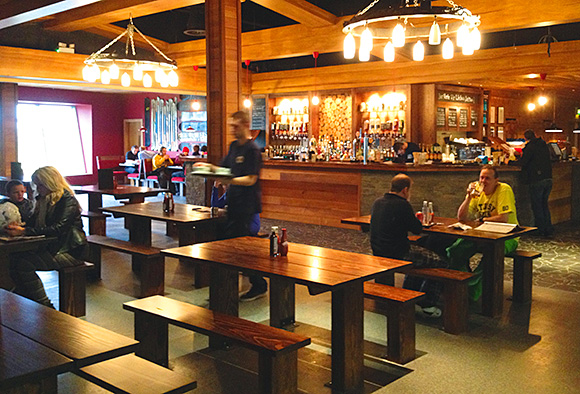 Glasgow-based Hugh Stirling headed the refurb, with flooring provided by Veitchi Flooring and Veitchi Industrial Flooring, electrics handled by HF Electrical, upholstery by B&A Bar Seating, kitchen equipment from Sco Mac and ventilation from JW Ventilation.
“They [Hugh Stirling] had an in-house design team that had a knowledge and understanding of the sector that I thought was better than anybody else,” said Smith.
“Angus [Alston], the director, sat down and just intuitively got all of the things I was trying to cover off and laid out a plan for the bar.”
Alston said the new design overcomes the “visual and operational nightmare” that was the old layout.
“Jamie had great vision in developing a layout which addressed the inherent problems, which were basically that the two sides of the business, the ski slope and the bar, were not interlinked,” he said.
More windows were installed as part of the project, allowing natural light to flood in and give diners a view down the Clyde and towards Glasgow, and a custom-built ‘bridge’ now links the ski slope directly with Bar Varia, allowing customers to ski right up to the doors.
As well as the core market of winter sports enthusiasts, Bar Varia is targeting families, with the slope offering kids’ birthday parties and a Snow Camp after-school club, and forming part of the Xscape nightlife in the evenings.
“The best way to describe it is you get a holiday in an afternoon or an evening,” added Smith. “It really feels like you’ve gone abroad.” 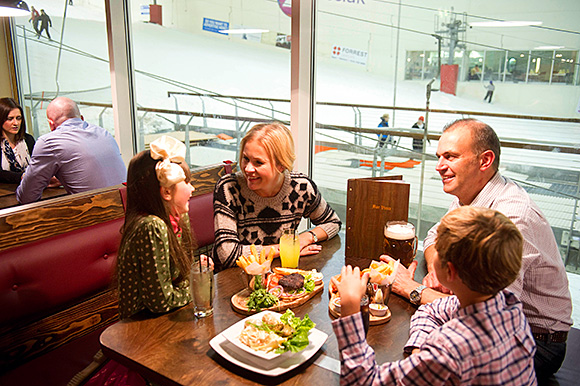 Images – Consumers enjoy the Bavarian food and Alpine ambience at the new bar and restaurant, which overlooks the slopes of the Snow Factor at Xscape Braehead in Renfrewshire.