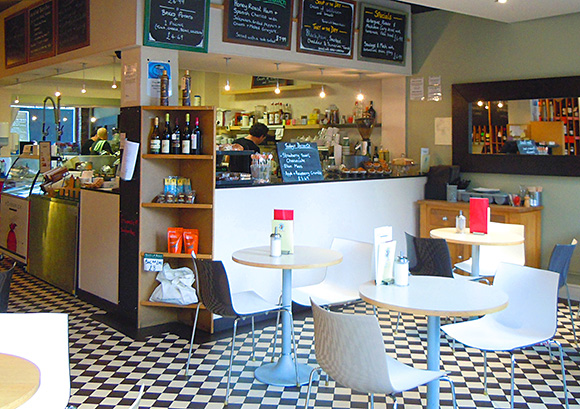 A LICENSED deli in Glasgow’s Merchant City has come onto the books of The Restaurant Agency.

Berits & Brown is said to be in “immaculate” condition, requiring “minimal” further inward investment, aside from any rebranding.
The 30-cover deli, which also has seating for eight people outside and an off-licence, is being marketed at offers over £39,000 for the leasehold and a passing rent of £22,000 per annum.
Alan Goldie, director at The Restaurant Agency, said the unit lends itself to a first-time buyer given the “low ingoing and ongoing costs” or an existing operator looking to expand.
“This is an exciting opportunity to acquire a 30+ cover cafe with deli that has operated in the Merchant City successfully for the last five years,” he said. “With a planned new Innovation Centre by Strathclyde University to be built on its doorstep and with growing numbers of personnel at the Commonwealth HQ round the corner, the business has a growing customer base to feed off.”