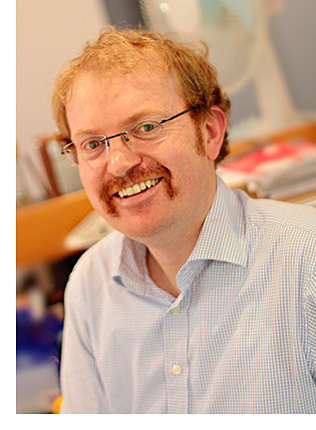 AS I sit at my computer, stroking my (Movember only) moustache and contemplating the latest developments in the trade, I find myself becoming more and more impressed with the work of Gerald Michaluk, the marketing guru now presiding over perhaps the fastest-growing drinks business in Scotland today.

Michaluk, whose consultancy services are in demand from the likes of Compaq Computers, IBM and Hewlett Packard, took his first steps in the alcohol industry when he bought the Arran Brewery out of administration in 2008.
The initial years were quiet, at least from the outside looking in, as he slowly turned the business around. But in recent months the pace of activity has been frenetic.
First came news of major plans to expand the Arran business on the back of a share issue, initially targeting high net worth individuals before a ‘cloud flotation’ will ask the general public to make more modest investments.
The two-part float, which Michaluk hopes will raise £10 million over the next three years, will fund the expansion of the brewery on Arran, a new bottling line on the mainland and investment in pubs.
You might have thought such plans would have been enough to be going on with. But it turns out they are only part of a bigger, grander design.
Earlier this month Michaluk announced that Arran was merging with the Isle of Skye Brewery – a move that will see both more than double production capacities over the next year and become 50-barrel breweries.
And no sooner had the ink dried on that transaction than it was confirmed that the enlarged business had acquired the currently mothballed Rosebank distillery in Falkirk, where, if planning permission is secured, Michaluk will begin brewing beer and restore whisky distilling.
To the outside, and admittedly uneducated, observer, the pace of Arran’s growth is breathtaking. But listen to Michaluk and it’s the most natural thing in the world.
Talking to SLTN last week, he said this growth rate is typical of the microbrewing model in the US. And what’s more it’s not alien territory to him, having helped other businesses do likewise in his role as a consultant.
There is also a pressing business case for the rapid acquisition, and it’s to do with the duty system.
Small brewers in the UK that produce up to 60,000 hectolitres per year are entitled to a 50% cut in duty payable. However, as soon as a brewer breaches that ceiling then its tax liability begins to rise dramatically.
It means that if a brewer approaches that level and is serious about expanding production further, it needs to make a quantum leap in production for it to make economical sense. That was the rationale outlined by Michaluk and goes some way to explaining why he remains on the look-out for still more acquisitions.
So far, the funds from Arran’s expansion have come from its own coffers, but if the big cheques come in quickly from wealthy investors then the growth could be even more rapid. If they don’t, growth will continue, but it will be slower. This is one drinks story I’m watching unfold with serious interest.