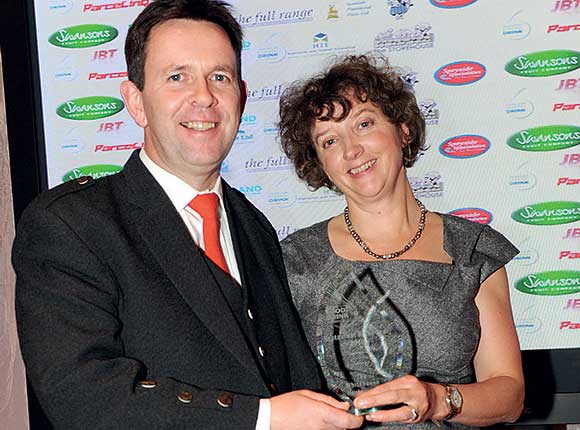 A REMOTE rural location is proving to be no barrier to widespread acclaim for Argyll’s Whitehouse Restaurant.
Based in the tiny village of Lochaline, with coastal views of the Isle of Mull, the restaurant is accessed by boat or car via miles of single-track country road.
Its relative isolation, however, has not stopped it gaining critical recognition.
Last month, The Whitehouse was named Restaurant of the Year in the Highlands and Islands Food and Drink Awards, which followed a runner-up slot in the Observer Food Magazine awards.
For co-owner Jane Stuart-Smith, a former London-based lawyer who founded the business with local shop owner Sarah Jones in 2003, the recognition is a major boon.
“[It makes] a huge difference to us, particularly because we are very remote,” she told SLTN.
“We are 30 miles down a single track road so we rely on yachts sailing to us and visitors coming to the area. Morvern is not a particularly well-known peninsula in Scotland.”
Success has not come overnight to The Whitehouse.
Neither Jane nor Sarah, who didn’t know each other before going business together (both had hopes to open a restaurant in the village and, agreeing it could only support one, decided to join forces), came from a background in the trade.
Both were committed to using only the best, locally sourced ingredients on the menu and it took time to develop relationships with suppliers.
Finding the right chefs to share their vision (and persuade them to relocate to rural Argyll) also took time. But they always knew it would be a long-term project.
“We felt very strongly that we needed to build it organically, partly because I’m a lawyer and Sarah is a shopkeeper,” Jane said.
“We didn’t have a history in the trade, but we had a strong idea about what we wanted to do – which was to celebrate and promote local food. That’s why we did it.
“We were quite cautious; chefs are incredibly important to that relationship and it takes time to develop a team and consistency.
“It has taken a long time, but I think we have been comfortable with that, because we’ve reached a level of confidence now that we maybe didn’t have five years ago.”
Now, almost a decade since it first opened its doors, Jane and Sarah feel they are ready to shout about The Whitehouse.
Diners are travelling from far and wide to sample the experience at the intimate, 24-cover restaurant and the food prepared by chef Mike Bourgoyne and sous chef Lee Myers.
Depending on what’s in season, the menu will feature anything from pollock and mackerel caught in the Sound of Mull to hand-dived scallops and lamb, beef and venison reared on nearby estates.
“It’s incredible, really,” said Jane of the produce available on their doorstep.
“It’s quite nice because the young lads and girls in the village can earn some extra pocket money by going off and catching mackerel for us.” 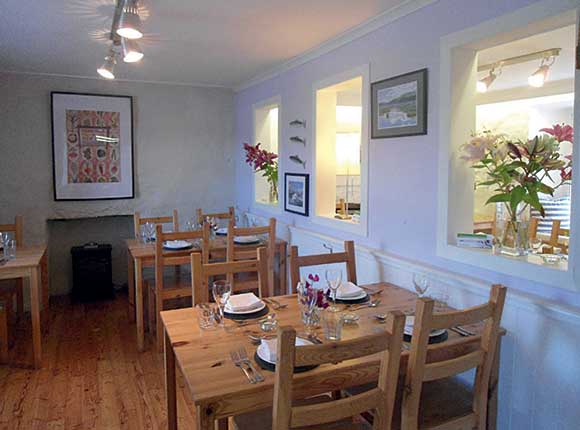 While the quality of the produce speaks for itself, it still needs to be handled and presented with expertise. In that regard Jane stressed the recruitment of the current brigade has been vital.
Jane revealed she spent hours interviewing Mike in Soho, London, after placing an ad for a chef on Gumtree. She quickly found they were on the same page as regards food and how it’s sourced.
“I’d looked at his menus and his sourcing policy, and he was on the same wavelength as us,” she said. “He likes the complete autonomy [we give him] – as long as he uses the suppliers we want then he can do whatever he likes.
“I think it’s quite rare for owners to give that freedom [to chefs].
“He likes the area and he brought a sous chef who likes the area too.
“It’s a great team but it’s taken eight years to find the right [people].”
With their recent success under their belt, Jane and Sarah are now looking to the future.
There are plans to expand the kitchen, make the outside seating area “more weather-proof” and establish some accommodation for those who travel a significant distance to dine at the restaurant.
Jane encourages diners to visit for a couple of days, partly to offset the carbon footprint and partly to experience the attractions the area has to offer.
During the summer season (The Whitehouse is now closed for the winter) diners can take advantage of a deal combining their meal with a stay at the nearby Ardtornish Estate, or can stay in B&Bs in the village. But Jane hopes to offer accommodation of their own in the long term.
“There are various options in the village – we just need to find the right site and funding,” she said.
“With these awards behind us it gives us the confidence to move on to the next stage.”