Operators optimistic about Christmas after another tough year 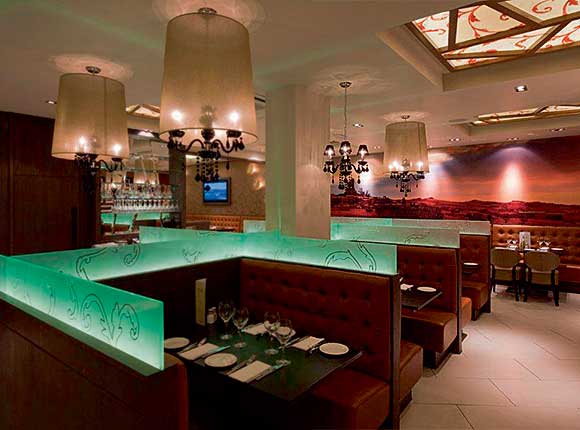 SCOTTISH operators are upbeat about business over the coming festive season, with bookings said to be comparing favourably with last year.
Restaurateurs, publicans and hoteliers have told SLTN they are optimistic about December trading, with many having kept pricing strategies in line with previous years.
In Glasgow, restaurateur Mario Gizzi said bookings for the festive season across the Di Maggio’s, Cafe Andaluz, Amarone and Barolo Grill outlets he co-owns are “shaping up quite well”.
“Bookings are up on last year,” said Gizzi.
“We’ve kept the prices the same, and in some units just taken them down slightly to sensitive price points.
“I think it’s paying dividends.”
Gizzi said the festive bookings across his estate are so far almost exclusively for staff parties, with family gatherings expected to book on a more ‘spur of the moment’ basis between Christmas and New Year.
Set menus are being offered across the estate, including three-course lunch and dinner menus in Di Maggio’s for £12.95 and £19.95 (or £14.95 and £22.95 at the group’s Glasgow city centre and Theatreland restaurants).
Other venues are being positioned as destination locations over the festive season.
Hilton Hotels & Resorts is marketing packages for Christmas and New Year at its Hilton Coylumbridge, Hilton Craigendarroch, Hilton Dunkeld House and Doubletree by Hilton Dunblane Hydro properties.
With events targeted at both families and couples, the packages include two and three-night getaways as well as ‘Twixmas’ offers to attract guests between Christmas and New Year.
And country hotels aren’t the only ones looking ahead to the festive season.
In Aberdeen, Malmaison has included reduced room rates as incentives for customers who dine from the restaurant’s Christmas menu.
The hotel’s sales manager, Roule Wood, said that, as with Di Maggio’s in Glasgow, corporate bookings currently account for the lion’s share of festive business so far.
In all, the hotel is expecting to serve around 7000 celebratory dinners over the festive season.
“We’re taking quite a lot of covers every week,” said Wood.
“Between 150 and 200 came in last week, so it is picking up now.
“What happens every year is the Thursdays and Fridays fill up first,
and then there’s a lull as people call around to try and find a Thursday or Friday.
“By now most venues will be fully booked on a Thursday or Friday so now they’re starting to call back and book the other Monday to Wednesday dates that are available.”
Wood said that, although customers had been leaving it later to book Christmas dinners this year, bookings are now in line with figures from last year.
In fact, Christmas dinners on Thursdays and Fridays throughout December have become so popular that the hotel has increased the price of the set menu on these nights.
“We’ve had a great response from our customers who book us time and time again,” she added.
“With the demand being so high for Thursdays and Fridays, that menu is now slightly more expensive than the Monday to Wednesday menu. There’s been no resistance – we’re full.


“We are fully booked for Thursdays and Fridays throughout December.”
The Malmaison set menu offers a three-course dinner (with four choices for each course) for £29.50 at lunch and £39.50 at dinner.
There is also a set Christmas Day menu, at £79, and a Hogmanay dinner at £99 that includes entertainment from a live jazz band and a piper at midnight.
Live music will also feature further north at Fraserburgh bar Cheers.
Targeting groups of friends socialising, rather than corporate business, Cheers will be hosting live music on Christmas Eve, with late licences secured for Christmas Eve, Christmas Day and Boxing Day.
Owner Dennis Forsyth said the timing of the three days this year, lying on Monday, Tuesday and Wednesday, should be perfect.
“Without a doubt, the biggest problem is when Christmas Eve, Christmas Day and Boxing Day lie on the weekend, because it just becomes a slightly busier weekend than normal and they tend to be back to work if the Boxing Day lies on the Sunday,” he said.
“The ideal situation is when it lies on Monday, Tuesday and Wednesday.
“The only issue is people can overspend, so it can be an incredible week, and then they run out of money.
“It’s just one of the things you have to work with, and make sure you’re offering the best value that you can.”