Campaign for Jose Cuervo said to be biggest ever

TEQUILA brand Jose Cuervo is the focus of a new marketing campaign designed to “reinvigorate” the category.
Bearing the strapline ‘who’s in?’, the multimedia campaign comes after research by Jose Cuervo International and Diageo into consumption patterns found Tequila is almost always introduced into a night out by ‘the instigator’ of the group asking “who’s in?”
A new TV ad shows a group of friends being rallied together in humorous style by the instigator’s promise of great times ahead; a shortened version of the ad is also appearing on YouTube and within a dedicated ‘who’s in?’ tab on the brand’s Facebook page.

As part of the campaign, which will run until the end of the year, a tour of exclusive club nights has ben launched. 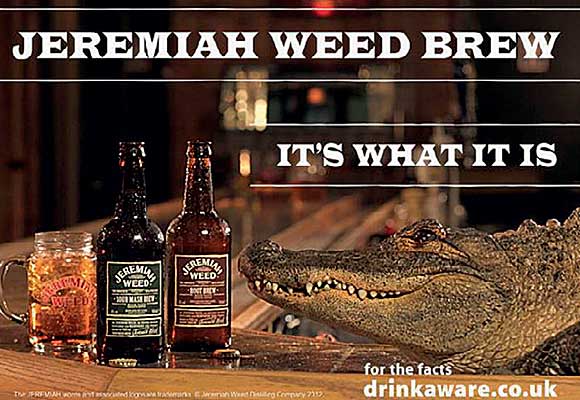 The Town tour kicked off in Sheffield and will travel to a further nine cities across the UK, including Glasgow and Edinburgh. Dates, locations and details of the tour are available at www.tothetown.co.uk.
Media partnerships with music streaming site Spotify and social network site Vice will see a wave of targeted adverts and previews of club nights launched to support the campaign.

The activity aims to change perceptions about Tequila.

Anja Weise-O’Connor, global marketing manager for Jose Cuervo International, said in recent years Tequila has “lost relevance”; the new campaign aims to “change perceptions and bring Tequila back into the modern drinking era”, she said.
“The shot category has grown in popularity in the GB on-trade, with friends using the format to create the ultimate group experience,” said Anja.
“This campaign is like nothing we’ve launched before and by championing ‘the instigator’, consumers will be able to shape their own unique and powerful sharing occasions which they will never forget.
“By raising the brand profile amongst existing and new consumers in the category, the campaign will boost incremental sales as groups look to recreate their own experiences in the on-trade.”
Meanwhile, Diageo has launched the first ever ad campaign for its Jeremiah Weed Brews.
Running exclusively in Scotland, the ad tells the story of a day in the life of a “regular man and his pet: a docile, laid back alligator”.
The ad ends with the man and his alligator enjoying a jar of Jeremiah Weed Brew, with the strapline ‘can’t explain it. Best just enjoy it. Jeremiah Weed Brew. It’s what it is’.

Give it a shot

A new day is about to Don

Shot in the arm for bars