Son of original manager and his team breathe new life into riverside restaurant 25 years on. 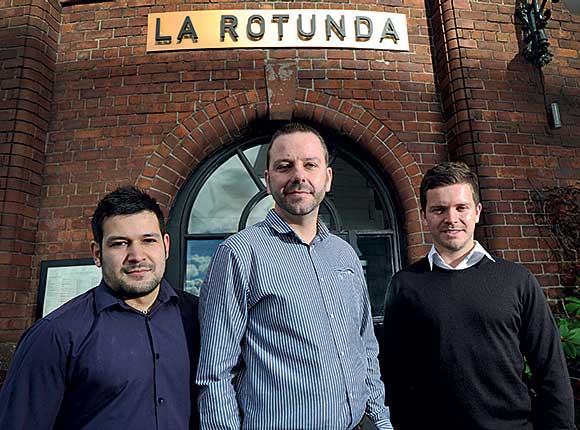 THE decision to acquire Glasgow’s North Rotunda building and take it back to its Italian restaurant roots was a no-brainer for Antonio Carbajosa.
Not only did the venue tick all the boxes in what had been an 18-month search for new premises, it was a chance to acquire the restaurant which had been managed by his father Jose when it first launched as an Italian in 1987.
Back then, the area on the north bank of the River Clyde was very different.
Largely undeveloped at that time, the former Queen’s Dock site was home to the Scottish Exhibition & Conference Centre (SECC), which had opened just two years earlier, and went on to host events as part of the Glasgow Garden Festival in 1988, held on the south bank opposite.
Fast forward 25 years and the North Rotunda, which was built along with its counterpart over the river in the late 1800s to house hydraulic lifts for the Glasgow Harbour Tunnel, is in very different surroundings.
There are no fewer than three hotels on its doorstep, as well as the Clyde Auditorium, The Hydro – a 12,000 seat arena due to open in September 2013 – and, on the other side of the river, the Pacific Quay business district, home to BBC Scotland’s HQ and STV.
That the North Rotunda is now at the centre of such a vibrant part of the city played a key role in prompting Antonio and business partner Kevin Campbell, with whom he also owns Athena restaurant on Argyle Street, to acquire the leasehold for the building in January this year.
The property’s location also influenced the interior design – and food offer (see story left) – of the new 100-cover La Rotunda.
Antonio and Kevin, together with general manager Patrick Collins – a director of Glasgow Italian restaurant Sarti for 11 years – worked with Mark Brunjes of CM Design Consultants on a contemporary new look for the ground floor space which incorporated aspects of the building’s heritage.
The four-week revamp, which was carried out in August – the one time of year the SECC takes a ‘holiday’ – saw the interior stripped back and rebuilt.
A new entrance was created on the river side of the building leading into the raised seating area, where the main feature is an open ‘theatre’ kitchen set in a wall of reclaimed Glasgow brick, designed to tie in with the building’s exterior.
The space is furnished with a combination of berry red banquette seating and loose wooden tables and chairs upholstered in the same red fabric, while the remaining neutral walls feature photographs of the North Rotunda through the years.
Historic photographs of the building and local area extend into the lower seating area, which is furnished in the same way and dominated by the central spiral staircase leading up to Oriental restaurant Yen on the first floor, and La Rotunda’s bar.
At £200,000, the refurbishment was a little costlier than planned, but Antonio reckons it was worth the extra spend.
“We did go over budget but we wanted to make it as nice as we possibly could,” he told SLTN last week.
“We spent an extra £1000 on something and an extra £1000 on something else and if you do that a few times over it all adds up. But it was worth doing properly while it was closed.
“Mark Brunjes has done a lot of nice places, especially Italian restaurants, so we wanted to work with him.
“We knew we wanted a contemporary Italian design and an open-plan layout and we’re really pleased with what he’s come up with.”
Brunjes, the MD of CM Design Consultants, said the main brief for La Rotunda was to remove all evidence of its previous incarnation as a teppanyaki restaurant and create a “contemporary yet warm and friendly” Italian restaurant.
“It also shared an entrance from the car park at the rear with the Thai restaurant on the first floor when in fact it had a fire escape to the front of the building where most of the footfall is,” he said.
“The fire exit was converted to the new entrance along with new signage, which will attract current SECC and Clyde Auditorium, and future Hydro, visitors.
“A pizza oven was introduced in the kitchen, which was opened up to the restaurant to create theatre.” 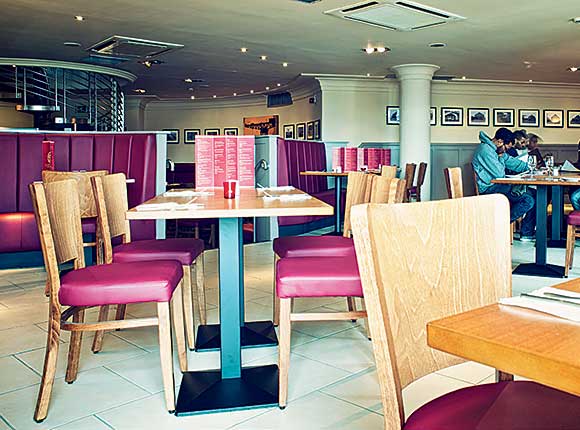 The revamped restaurant seems to have gone down well with diners, with a broad range said to have visited since it opened in September.
With the SECC and Clyde Auditorium staging all kinds of events, from renewable energy conferences and job fairs to gigs and comedy acts, La Rotunda’s clientele is heavily influenced by what’s going on in those means.
It means the staff rotas take some planning in advance.
“Yes, it looks like a ‘normal’ restaurant but it doesn’t always operate like one,” said Kevin.
“At the top of the rotas is always what’s on that week – we get a different crowd depending on what event is on.
“We sometimes need more staff on a Tuesday night than a Saturday depending what’s on.
“It also means everyone wants to come in at the same time and everyone wants the bill at the same time so it takes some planning.
“But it’s going really well so far. We’ve had people queuing to get in.”
So what does the original manager, Antonio’s father Jose, make of La Rotunda?
“Dad loves it,” said Antonio.
“I remember it from my childhood when my dad ran it and it was very grand with marble statues. Dad’s really happy with what we’ve done.
“It’s nice because the restaurant was a big part of our family for eight years.
“It holds a lot of sentimental value for me.” 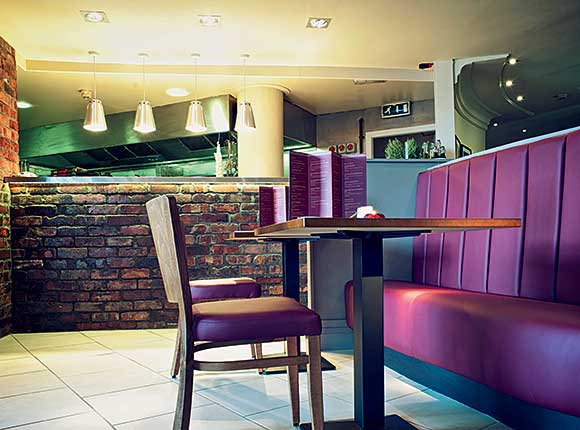