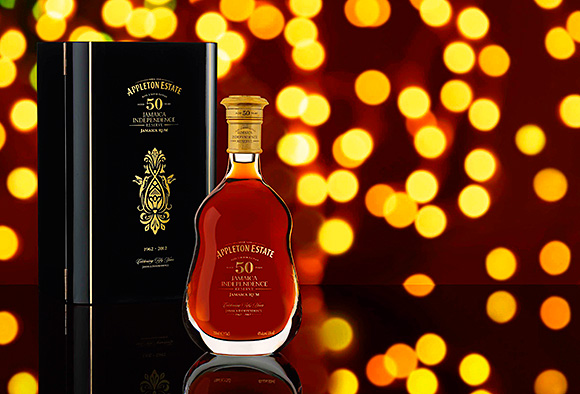 IN the week David Cameron and Alex Salmond paved the way for a referendum on Scotland’s constitutional future in 2014, Scottish bartenders got their own taste of independence.

Rum producer Appleton Estate unveiled what’s said to be the world’s oldest rum – Appleton Estate 50 year old Jamaica Independence Reserve – to mark the 50th anniversary of Jamaican independence from the UK.
And bartenders were invited to a special tasting last week with brand ambassador Jamie MacDonald at Blythswood Square in Glasgow.
Just 800 bottles of the limited edition golden rum have been released, costing £3500.
Each comes in a handcrafted crystal decanter featuring etchings inspired by Jamaica’s national symbols and with a booklet outlining both the rum’s 50-year journey and Jamaica’s route to independence.
Crafted from a blend of rums that have been aged in oak barrels for a minimum of 50 years, the limited edition rum is described as an “exceptionally smooth, deep mahogany sipping rum”.
The rum was first launched at Jamaica House in Kingston on June 7, when the country’s prime minister Portia Simpson-Miller was among the first to taste it.
It was then taken to a series of tasting events around the UK, ending at Blythswood Square last week.
MacDonald, one of Scotland’s leading bartenders, told SLTN the rum has been “really well-received” by those lucky enough to have tried it.
“It’s an incredibly special rum,” he said, “and a real legacy for Appleton Estate.
“It’s been aged 50 years so it’s quite heavy on the oak but it still has all the characteristics of Appleton Estate.
“This is undoubtedly Appleton Estate’s most exceptional spirit to date.
“From the rich coppery reflections in the liquid to the intense flavours and smooth honeyed finish, it is truly a masterclass in the art of rum.
“It’s been really well received across the UK. The rum category is still growing exponentially and Appleton Estate is doing really well.”
Appleton Estate master blender Joy Spence said: “It has truly been a privilege to witness and contribute to the transformation of this once in a lifetime rum.
“I can’t think of a better way to celebrate this landmark date for my country.”