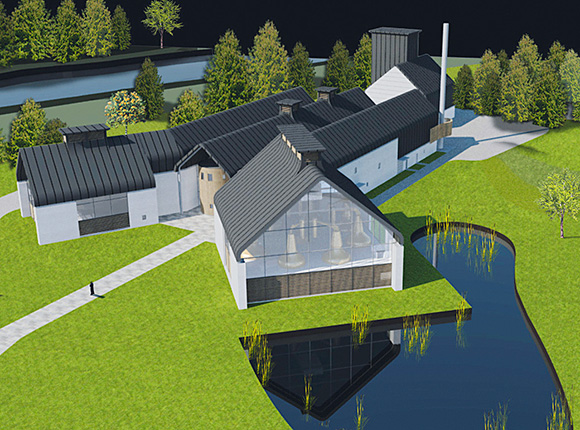 PLANS to build a new malt whisky distillery on Speyside have been unveiled by Chivas Brothers.

The Scotch whisky and premium gin business of Pernod Ricard is consulting the local community and planners on its proposals for the site of the mothballed Imperial distillery, which has been inactive since 1998 and was acquired by Chivas Brothers in 2005.
If it gets the green light, the new distillery would supply Speyside malt whisky for Chivas’ blended whiskies. Earlier this year, Chivas said it plans to grow its distillation capacity by 25% by April 2013 by reopening Glen Keith distillery and expanding four existing distilleries.

Image – How the new distillery could look.