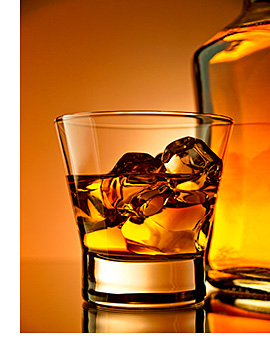 EXPORTS of Scotch whisky remain at record levels, with the value of shipments overseas up 12% on last year.

New figures published by the Scotch Whisky Association (SWA) show £4.2 billion worth of whisky was shipped abroad in the 12 months to the end of June, up from £3.8bn in the previous 12-month period.
Growth in the USA, Venezuela, Germany, Russia and Asia is credited with helping offset what the SWA described as continuing pressure in some Eurozone countries, maintaining the value of Scotch exported in the first half of 2012 at £1.8bn.
The USA remains the biggest market by value for Scotch whisky, with exports up 13% to £303 million in the first six months of 2012 compared to the same period the previous year.
However, the strongest growth came from Latvia, where the value of shipments soared 77% to £32m in the six-month period; the increase put it and Estonia, where the value of Scotch exports climbed 35% to £24.8m, among the top 20 markets for Scotch whisky.
Venezuela, the ninth biggest market for Scotch, recorded “significant” growth, with exports leaping 31% to £42m, while exports to Aruba also soared 31% to £22.7m, and the value of Scotch whisky shipped to India was up 28% to £28.3m in the first six months of 2012.
In Europe, exports to Germany rose 4% to £66m in the first six months of the year, but the value of Scotch shipped to Spain fell 24% to £74m and shipments to France – the second-biggest market by value for Scotch exports – were down 14% to £188m.
Other markets to suffer a decline include Brazil, where the value of Scotch exported was down 22% to £35m in the first six months of 2012; Japan, where Scotch whisky exports fell 21% to £31.6m; and South Africa, were the value of whisky shipments fell 16.4% to £54.8m.
Gavin Hewitt, chief executive of the SWA, said Scotch whisky remains popular with young affluent consumers in emerging markets – a trend he said is expected to continue.
“Over the past year the value of Scotch whisky exports has continued to increase and we’re delighted to build on our outstanding success in 2011 with 12% growth in the last 12 months,” he said.
“While there has been a levelling off in the first half of this year, the industry remains confident about the future.
“Recent announcements of investments in new distilleries and the expansion of existing facilities demonstrate the level of confidence producers have in future growth opportunities.”