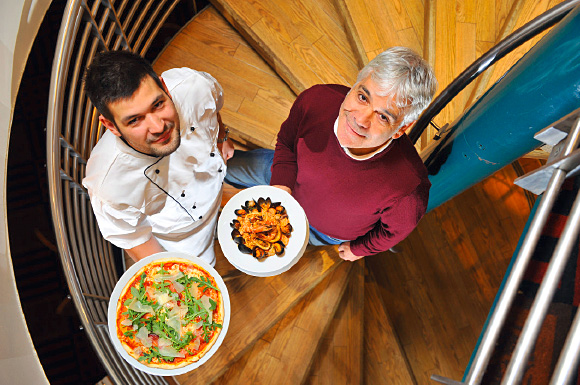 GLASGOW’s North Rotunda building is returning to its culinary roots – after an absence of two decades.

The building, which originally served as a gateway to a pedestrian tunnel under the Clyde, was first opened as an Italian restaurant in 1987 and has since operated under a number of different guises.
However, it has now re-opened as Italian restaurant La Rotunda, with the son of the original manager as one of its directors.
La Rotunda is headed by directors Patrick Collins, Kevin Campbell and Antonio Carbajosa – son of former manager Jose Carbajosa.
Collins is a former owner and general manager at Italian restaurant Sarti, while Campbell and Antonio Carbajosa already run another restaurant together, Athena in Glasgow’s Finnieston area.