Rival firms express sadness at the fall of WaverleyTBS and speculate what it might mean for the wholesale sector. Scott Wright reports 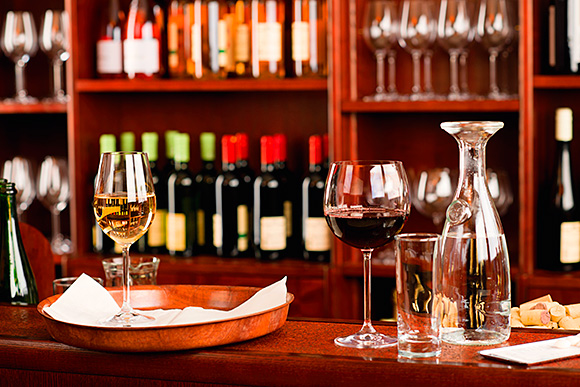 WHOLESALE operators across the industry were united last week in expressing sadness and, in some cases, surprise at the sudden demise of WaverleyTBS.

The Chesterfield-based wholesaler, one of the oldest names in the business, will be wound up after administrators confirmed they had been unable to find a buyer. The company had only entered administration on October 2.
Waverley’s unravelling has come at quite a cost. Some 685 employees had been made redundant at the time of writing, with a reduced workforce of 97 remaining while administrators at Deloitte focus on realising value from the company’s assets.
These redundancies followed earlier rounds of job cuts made at the firm in recent years.
It’s not exactly clear what prompted the company’s difficulties.
There was speculation that the bank called time on loans, that the firm struggled with a tightening of credit terms and that it suffered due to the tough trading conditions facing the on-trade.
Some argued that the wholesaler had somehow lost a sense of what it’s core offer was in light of successive restructuring exercises and its change of ownership in 2010, when private equity firm Manfield Partners acquired it from Heineken.
There is also a view that the firm failed to adapt to changing conditions in the on-trade and the increasing expectations from customers in light of the recession.
“I was saddened and somewhat surprised to hear the news about Waverley, a very established supplier,” said Jim Rowan, MD of Dunns Food an Drinks. “It looked as if they had turned the business around.
“It highlights the importance of solid cash flow management.
“One cannot emphasise enough that good service and a sound product offering cannot be compromised for the sake of efficiency.
“It is surely inevitable that as the licensed trade has shrunk during the recession then so must have its supply chain.”
Whatever the reasons behind Waverley’s problems, the effects of its sudden decline are already being felt.
Rivals are jostling to pick up business from customers who were previously supplied by it, as operators move to ensure they continue to get the supplies they need.
But what will it mean in the long-term for the wholesale market?
The wholesalers contacted by SLTN last week agreed it was unfortunate that Waverley had gone.
But opinion diverged on the issue of what the news represents, and what it means for the future of the sector.
In one camp, there are those who feel Waverley’s fall was a symptom of the over-capacity that exists in the drinks supply business, and fear there is more consolidation to come.
These include Brian Calder, managing director at Ayrshire-based Wallaces Express.
“In general this is not a good sign for the drinks wholesale market – if a player of the scale of WaverleyTBS cannot survive then it is very tough for some smaller players,” he said.
“There are undoubtedly too many players in this market. It is a tough market at the moment and only strong, well run businesses will survive.
“More than 70% of drinks wholesalers are in some sort of financial trouble and still we see activity from competitors who are prepared to sell at cost or below just to ‘make a sale’.
“It’s madness.”
Calder wasn’t alone in expressing the view that there is over-capacity in the on-trade supply sector.
Stephen Russell, managing director of Inverarity Morton – created from last year’s merger of wine merchant Inverarity Vaults and wholesaler Wm Morton – said wholesalers have been battling for a share of a shrinking market since the recession, which has forced small businesses like pubs to close, took hold.
As such, he is not convinced there will be too much change in the wholesale market as a result of Waverley’s exit, stating that the wholesaler did not have “a great presence in Scotland”.
He conceded, though, that some operators will feel the effects.
“Waverley customers will be nervous about the supply chain and I’m sure the impact will be felt by some national accounts where volumes may be caught short,” he said.
“For example, it will be doubtful if wines could now be bottled and shipped in time for Christmas from the likes of Chile or Australia.
“The Hilton group of hotels apparently switched from Matthew Clark to Waverley about six months ago; they could have some turmoil.”
On the plus side, the departure of a major player might make life a bit easier for others, according to the Scottish Wholesale Association.
“It’s always bad news when a wholesaler goes under,” said president George Benson before news of Waverley’s likely closure broke.
“Out of it some good might come – either a new management team will rejuvenate it or it will ease the market slightly for everyone else.”
Benson did not go along with the view that there is over capacity in the sector.
“I don’t think there is,” he said.
“There’s certainly no room for anyone else to come in.
“A lot of wholesalers now do a lot more than just one thing; they’re putting a lot more irons in the fire, be it catering, foodservice or online wine and spirit deliveries.
“I think the market is at the right size – they’re just having to think a bit smarter about how they get their products out to their customers.”