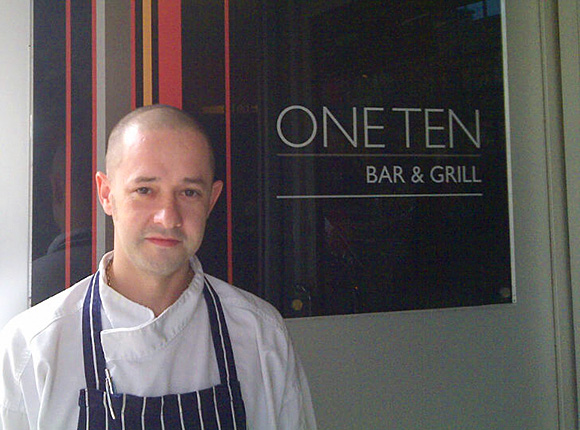 Finan, who has worked at a number of hotels and restaurants over a 20-year career, will shortly unveil a revamped menu at One Ten, featuring dishes that blend Scottish and Asian flavours. “Over the years my menus have become increasingly eclectic because, like many in my profession, the explosion of ‘celebrity chefs’ had a real impact on me,” he said.
“For me, while there are bigger names out there, it was personalities including Rick Stein and Gary Rhodes who really made me re-think old school favourites.”
The restaurant has also promoted breakfast chef Derek McGarvey to the role of sous chef. General manager Karen Burke said McGarvey’s previous role had not provided him with “the chance to show off his skills in the way he would have liked”.
“Chef Finan, however, very quickly realised that Derek is an immense talent who was ready to take up the challenge and we are delighted to give Derek the chance to really shine,” she said.

Image: Finan is re-imagining “old school favourites” for the new One Ten menu.