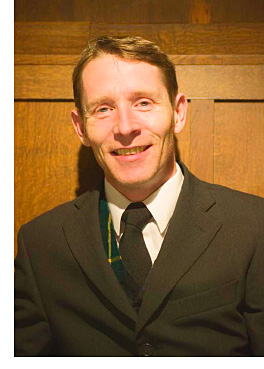 GLASGOW restaurateurs still have the chance to nominate staff for this year’s Glasgow Restaurant Awards.

The awards scheme, organised by the Glasgow Restaurant Association in conjunction with Glasgow: Scotland With Style, was last run in 2010, when more than 16,000 votes were cast by members of the public.
This year’s awards include 11 categories open to the public, including Posh Nosh, Smart but Casual and Family Dining, with an additional eight categories for the trade.
These include Aspiring Front of House Manager, Best Kitchen Porter and Young Apprentice Chef.
The three entries with the most votes in each of the public categories will be visited, anonymously, by awards judges, while the trade categories will be judged by a panel of industry figures.
More than 500 guests are expected to attend the awards dinner on Monday December 10 at the Citizen’s Theatre in Glasgow.
GRA chairman Ryan James praised Glasgow’s “lively restaurant scene” and described the awards as “vitally important” to the industry.
“Glasgow has an enviable reputation as a premier dining destination and last year was recognised by travel bible Lonely Planet as the best and most eclectic dining city in Europe,” he said.
“Despite difficult economic times, Glasgow continues to have a new restaurant opening each week. It is imperative that the trade gets behind these awards and puts forward its staff for them to be acknowledged by their industry peers.”
Voting for the 2012 Glasgow Restaurant Awards closes at midnight on Saturday October 20. Votes can be cast at www.glasgowrestaurantawards.com.