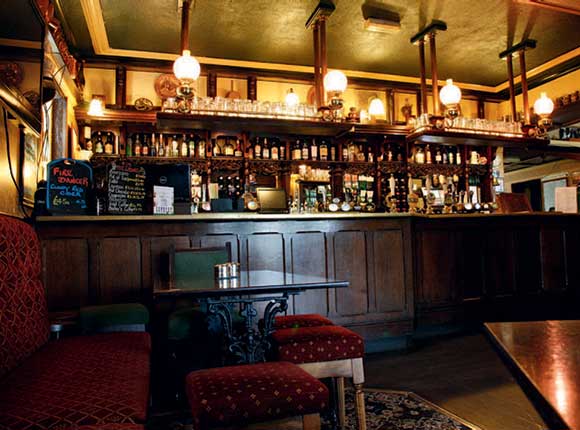 BREWER Molson Coors has backed calls for an end to the duty escalator after new research it commissioned showed one in five Scottish pubs has closed in the last five years.

The Carling owner wants the Scottish Government to lobby Westminster for the escalator, under which duty increases by 2% above the rate of inflation, to be scrapped as one of a number measures it reckons will help ailing local pubs.
It has also called for the business rates system to be simplified to ensure licensees pay a “fair” amount of tax, and for the process and cost of the licensing system to be stripped back to encourage more entrepreneurs into the trade.
Coors’ intervention comes as 100,000 signatures were secured on an e-petition calling on ministers to ditch the escalator – enough to force a parliamentary debate on the issue.
Acknowledging that its proposal won’t offer a panacea to pubs in difficulty, Molson Coors Scotland boss Phil Whitehead said it would help ease some of the problems publicans face.
The brewer outlined the goals as it published new research showing one in five Scottish pubs (20.1% or 1190 premises) either shut down or changed use between 2007 and 2012, – a rate “significantly faster” than in England (8981 premises or 15.1%).
The closures in Scotland were partially offset by a small number of openings (269) in the five-year period.
The situation for Scotland’s community pubs was said to be “much bleaker”, with a total of 703 community pubs (19.1%) having closed between 2007 and 2012, while just 55 opened.
Two or more community pubs have been lost from all but six of the 73 MSP constituencies, with Argyll and Bute losing an “alarming” 42 locals since 2007.
But the study also highlighted the important role pubs play in local communities, claiming Scots are more likely to visit the pub than the social club or community centre as the ‘local’ increasingly takes the place of disappearing community amenities.
Almost a third (32%) of Scots visit their local at least twice a month, according to the study, while 41% of Scottish men say it is important to have a pub within walking distance of their home.
The report also highlighted how licensees have diversified to broaden their customer base and place their pub at the heart of the community.
Molson Coors launched the research in Hemma bar in Edinburgh and highlighted owner Anna Christopherson, who owns a further four bars in the capital with her husband Mike, as an example of an operator who has diversified her business; her pubs offer activities as diverse as jogging clubs, knitting, baking, clothes swaps, language classes and film nights.
Whitehead said it is promising to see licensees “innovating and demonstrating resilience in the face of the challenges they face”.
“Actively seeking to attract a wider audience, and remaining committed to prioritising service above all else is cementing the key role that pubs continue to play in society,” he said.
“It is this steadfast determination to respond to customer needs and adapt their business accordingly which is helping sustain the trade, despite tough times.
“It’s fantastic to see in this report that the public recognise the key role played by their ‘local’ in the community.”