Scots brewer hopes to emulate styles from around the world 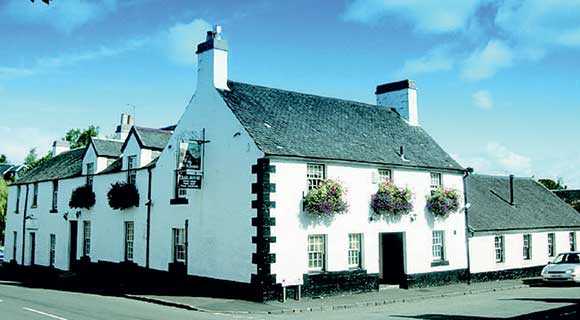 A RENFREWSHIRE brewery has sourced hops from around the world for its latest range of ales.

Houston Brewery, which is based at the Fox and Hounds pub in Houston, launched the first in its World Hop Series of real ales on September 29.
Dunkelweizen is described as a dark, hazy German wheat beer made using two German hop varieties: Hallertau Mittlefruh and Tettnang.
Head brewer Carl Wengel, who is responsible for brews such as Peter’s Well, named Champion Best Bitter of Britain 2011, followed the traditional German method of pure brewing, meaning the 4.9% ABV Dunkelweizen contains no additives, such as finings or liquor treatments. This, coupled with the mixed mash of wheat and barley malts used, is said to result in the natural beer haze.

There can be tremendous differences depending on which hop variety is used.

A cask ale devotee, Wengel said his enjoyment of the different styles and flavours of beers from countries like Belgium, Germany, the Czech Republic, the USA and England prompted him to investigate brewing his own ‘world beer’.
After researching different styles, ingredients and brewing methods he created Dunkelweizen, the first in Houston Brewery’s World Hop Series.
The beer debuted in the Fox and Hounds on September 29 and is available to the trade direct from the brewery or from Belhaven and Flying Firkin; it’s also available to consumers in an 8.8-pint ‘mini-cask’ from the brewery.
It will be distributed throughout October and will be followed by New Zealand pale ale Kiwi Gold in November.
Made using Wakatu hops, which are said to “explode on the nose with floral and vanilla notes”, the 4.5% ABV ale is described as refreshing and easy drinking.
December will see the addition of Bier De Noel – a 5.5% ABV French red winter ale made with Strisselspalt hops, which are said to create an “aromatic, rich malty Christmas ale”.
And Houston Brewery’s World Hop Series will kick off 2013 with the launch of Kilter – a 4.3% ABV oatmeal stout made with Scottish oats – in January.
Wengel, who was on hand at the launch of Dunkelweizen to talk to consumers about the beer, said Houston’s World Hop Series aims to pay homage to some of the best beers from around the world.

I hope I’ve managed to emulate the spirit and taste of some of my favourite beer styles from around the world.

“I hope I’ve managed to emulate the spirit and taste of some of my favourite beer styles from around the world,” he said.
“With hops there can be tremendous differences depending on which country and hop variety is used.
“The challenge is to get just the right flavour and bitterness from the hop to complement the malts.
“I use fresh hop cones, as opposed to dried pellets, as I feel you can taste the freshness in the finished pint.
“I hope ale drinkers will enjoy my experimental brews, but don’t worry, the Houston favourites I’ve been brewing for years are still available all year round, if my experiments go awry.”

Image – Dunkelweizen is the first in Houston Brewery’s World Hop Series. It was launched in the adjacent Fox and Hounds pub in Houston (above) and is available to the trade and consumers in an 8.8-pint ‘mini-cask’.

Image – Dunkelweizen has a “chocolatey” flavour.

A gateway to new beers