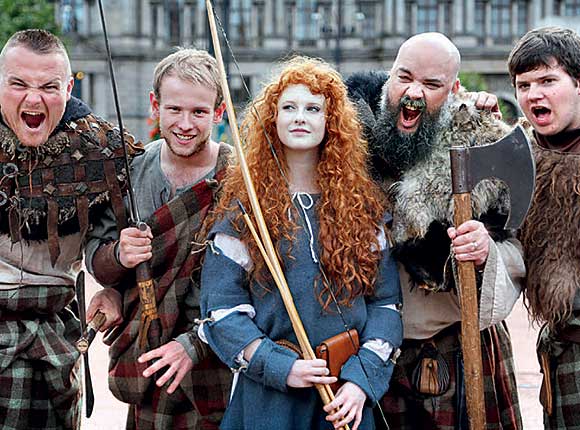 FINANCE minister John Swinney handed a £1.5 million boost to VisitScotland last week to raise the country’s profile ahead of a landmark year for Scottish tourism in 2014.

Swinney pledged the extra funds as he presented the Scottish Government’s Draft Budget for 2013/2014 to parliament.
Tourism marketing body VisitScotland said the cash would be used to raise the country’s profile ahead of the Commonwealth Games, Ryder Cup and the Year of Homecoming in 2014 – the likely year of the independence referendum.
The injection comes as the budget report concluded that tourism, a key benchmark for the Scottish economy, was performing well, with tourism visits up 5% in the year to March.
“This is clearly a great vote of confidence in the tourism industry and the work done by VisitScotland from the minister and the Scottish Government,” said VS chairman Mike Cantlay.
“The money will be used in the build-up to 2014 to enhance Scotland’s profile as we prepare to welcome the world to the Year of Homecoming, Glasgow Commonwealth Games and Ryder Cup, all of which are vital to future economic growth in Scotland.
“Our award-winning marketing teams have an enviable track record of bringing in at least £20 for every £1 spent on activity, and we hope this success story will continue in the coming years.”
The government said the draft budget would allow VS to “continue to undertake award-winning campaigns to promote Scotland as a tourism destination, both within the UK and in key overseas markets”.
“As part of wider equalities actions, VisitScotland is working with partners to boost accessible tourism, with a particular focus on disabled and older people,” the report said.
“Our continuing levels of support to VisitScotland reflect the unique potential of the ‘winning years’ to contribute to tourism growth in Scotland and realise significant short-term economic return.”
Swinney’s “budget for jobs and growth” also retains the Small Business Bonus Scheme, open to firms that pay non-domestic rates on properties with a rateable value of £25,000 or less, into 2013-14.
The commitment, said to have reduced business rates for 85,000 Scottish firms, was welcomed by the Federation of Small Businesses.
“It is great news that the lifeline small business rates relief package has been retained,” said Scottish policy convenor Andy Willox.
“Similarly, business rate incentives to encourage commercial landlords to get empty premises back in use will be welcomed on the high street.
“When other overheads such as utilities and fuel are really cranking up the pressure on our small retailers, any help in reducing running costs gives business vital breathing space.”

Image – VisitScotland launched its biggest ever marketing campaign this year around the launch of Disney Pixar film Brave, featuring the voice of Scots star Kelly MacDonald.