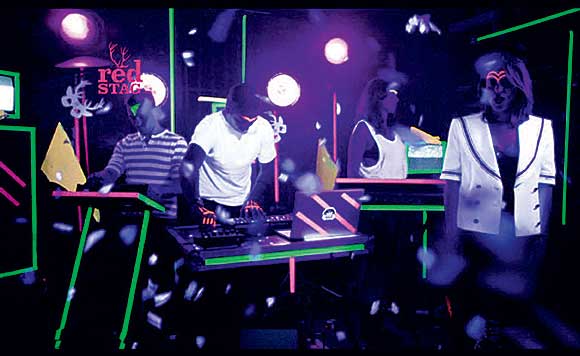 BLACK cherry-infused bourbon Red Stag by Jim Beam is the focus of a new ad campaign to underline the brand’s links with the Q Awards.

Broadcast across radio and TV music channels, including 4Music and Kerrang, the TV ad invites consumers to visit Facebook and vote for their favourite fresh track and for a chance to win tickets to the Q Awards; radio ads will also highlight the competition and Red Stag by Jim Beam’s role as official spirit partner and Best Album sponsor at the Q Awards.
Eileen Livingston, marketing controller for imported whiskies at Maxxium UK, said the activity aims to reach nine million 18-24 year olds.
“The campaign will boost brand visibility and continue to define Red Stag by Jim Beam as the drink to be seen with on a night out,” she said. “Red Stag by Jim Beam is designed to deliver incremental category growth by inspiring a new generation of consumers to try bourbon for the first time, while creating new sales opportunities for our customers.”

Image – Red Stag by Jim Beam is on TV screens in an ad that highlights its links to music.