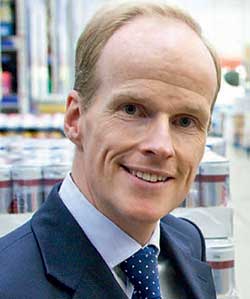 WHOLESALE firm Booker said its current financial year had got off to a solid start as it posted its second quarter trading update on September 20.

The firm, whose acquisition of cash and carry operator Makro has still to be signed off by the competition authorities, reported a total sales rise (excluding Makro) of 4.3% in the 12 weeks to September.
Like-for-like sales, which strip out the effect of new depot openings, were up 4.4%. For the 24 weeks to September 14, total sales (excluding Makro) were up 3.3% on the same period last year, with like-for-like sales up 3.1%.
The firm declared itself satisfied with the progress made by Booker Wholesale, its cash and carry division, Booker Direct (delivered wholesale), Classic (its on-trade wholesale service, rolled out to a further five depots) and Chef Direct, the foodservice business launched in January.
Chief executive Charles Wilson said the combination of Booker and Makro will “improve choice, prices and service for caterers, retailers and small business in the UK”.