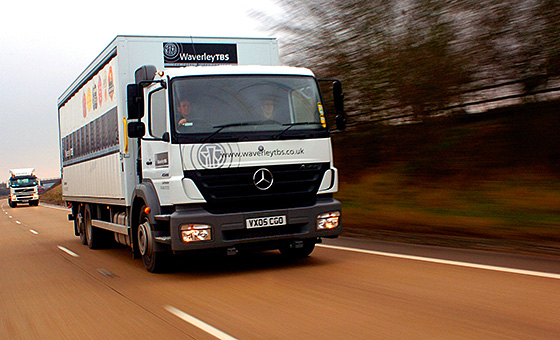 THE axe fell on 685 jobs at wholesaler WaverleyTBS after administrators scaled down efforts to sell the business as a going concern.

Deloitte confirmed it has turned its attention to realising value from the stricken wholesaler’s assets, having all but conceded defeat in its bid to find a buyer.
The administrator has retained a reduced workforce of 97 as it carries out that process.
The news came just six days after the firm slid into administration amid speculation that it had struggled to meet the challenges facing the on-trade during the recession and a tightening of credit terms.
“Regrettably, despite our continued efforts, we have been unable to identify a suitable buyer for the business, “ said joint administrator Daniel Butters.
“Whilst we will continue to consider offers for the sale of the business as a going concern, we will now focus on realizing value from the company’s assets.”
Rival wholesalers expressed sadness at Waverley’s demise but are pulling out the stops to seize business from its customers.
George Benson, president of the Scottish Wholesale Association, said the likely closure of the Chesterfield-based operator would “ease the market” for its rivals.
He denied there was overcapacity in the wholesale sector, but conceded it would be difficult for new companies to enter the market.

Image: 685 employees were told they no longer had a job by administrators for WaverleyTBS yesterday.