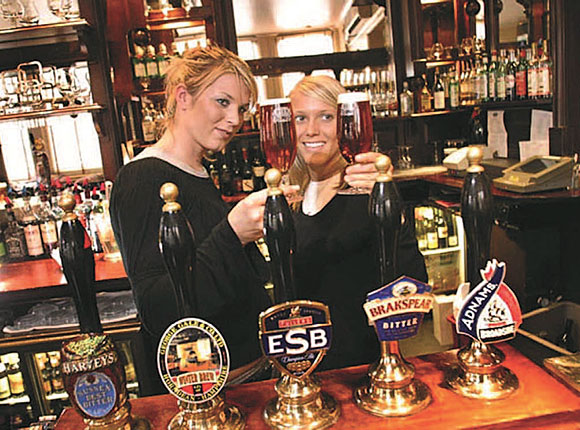 THE author of the sixth Cask Report has declared the category’s performance last year as “doubly” impressive given the continuing recession and the backdrop of falling beer sales overall.

Beer writer Pete Brown said the findings also underlined the power of cask ale to drive footfall into pubs.
“The Cask Report has been analysing the sector for six years now and while cask has been outperforming the beer market for most of them, this is the first full year of actual growth,” he said.
“Sales growth during a recession is an impressive achievement, doubly so against a background of declining overall beer volumes and a shrinking number of pubs.
“This excellent performance speaks volumes for the increasing popularity of cask ale among consumers, as well as a growing realisation among licensees that cask, as an ‘only in pubs’ drink, can help them drive footfall and sales.
“Pubs that sell cask are less likely to close than non-cask stockists – as witnessed by cask’s increasing share of the declining pub market.”
The Cask Report was published on the eve of Cask Ale Week, which runs until October 7 and is set to see as many as 8000 pubs offer free tasters to introduce new drinkers to cask, backed by a press offer.