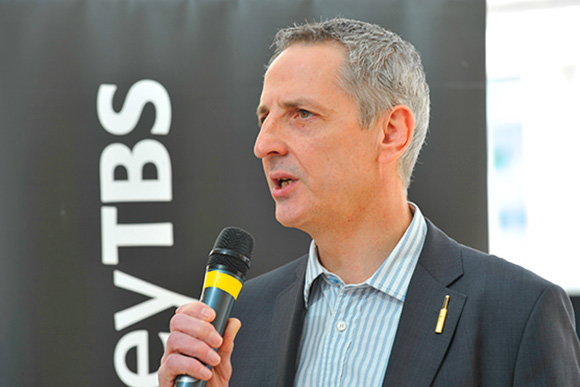 THE wholesale trade was shocked yesterday (October 2) with the news that specialist drinks supplier WaverleyTBS has slid into administration.

As many as 830 jobs are on the line at 18 sites across the UK, including 16 in Glasgow, as administrators at Deloitte commit to finding a buyer for the Chesterfield-based firm.
The wholesaler, reportedly hit by tough conditions in the on-trade and a tightening of credit terms, will continue trading while a new owner is sought, the administrator said. Speculation has linked rival operator Matthew Clark with a bid.
“WaverleyTBS is a prominent business within its industry and we are in negotiations with a number of interested parties who are keen to acquire the company,” said Daniel Butters, leader of the restructuring services practice at Deloitte.
“The company has a committed workforce and a strong customer network across the UK, supplying to a large proportion of both national and free trade beverage retailers across the UK.”
Waverley’s difficulties come just weeks after new chief executive Steve Benger predicted that the firm would be a “major player in any consolidation” of the wholesale sector. He told SLTN in July that the wholesaler, whose customers include Hilton Hotels and Merlin Entertainment, the theme park operator, had increased its efficiency and improved its customer service after a restructure that followed its acquisition by private equity firm Manfield Partners from Heineken in 2010.