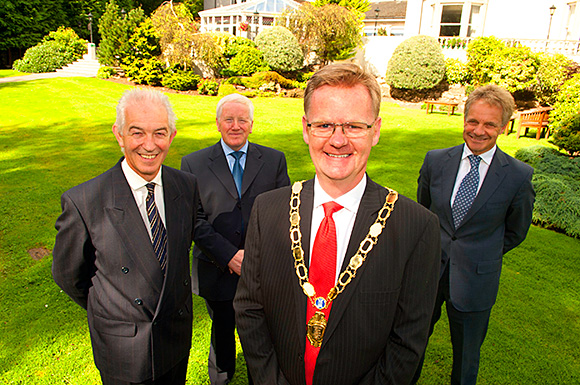 A STRONGER lobbying force for the trade in the north east has come to the fore after the merger of two long-established licensees’ groups.

The Aberdeen City and Shire Licensed Trade Association was officially unveiled at the city’s Marcliffe Hotel earlier this month, pledging to give its members the opportunity to shape national policy on matters relating to the trade.
It was formed following the merger of two groups with histories dating back to the 1880s – the Aberdeen Excise Licence Holders Association and the Aberdeenshire, Banffshire and Kincardineshire Licensed Trade Association, also known as the AB&K.
Finlay Cran, of Aberdeen bar and restaurant The Albyn, has been appointed president of the new group, with Jack Dempster secretary.
The new association is affiliated to the SLTA, meaning members can join the national body at no extra cost and have a say on its policy making.
Cran said it “made sense” for the two north east groups to “pool our resources and work together so there is consistency and harmonisation across the licensed trade”.
“As well as having a combined voice to speak out on issues that affect us all, such as minimum pricing, anti-social behaviour and changes to legislation, all members have access to a national buying group, which means they can have greater purchasing power for their goods and services,” he said.
“We will continue to have a presence at the local licensing forum and meet regularly with local licensing officials.
“Information and updates on necessary training for licence holders and members will also be provided.
“Our overall message is that our industry is continually evolving and no one can afford to go it alone.”
The launch of the new group was welcomed by the convenors of both the Aberdeen City and Aberdeenshire North licensing boards, both indicating their hopes to maintain the working links they had previously built with the now merged groups.