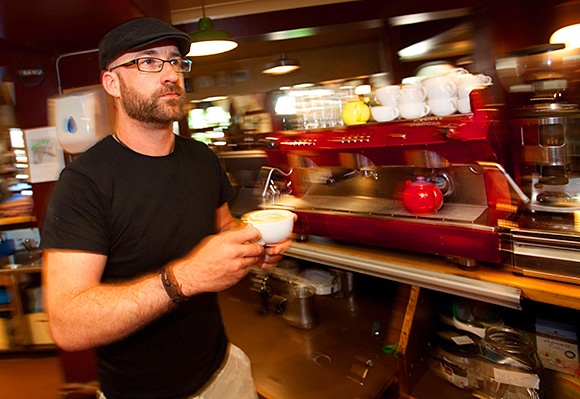 AS pubs across the country seek to drive more trade during the day, hot beverages have become crucial to the operator’s armoury.

With pubs battling for business with cafes, coffee shops and even garden centres, the onus is on traders to deliver a high quality offer.
And according to suppliers this is where the right equipment can make a crucial difference.
“Drinks can be hugely profitable,” said Mick Shaddock, chair of the Catering Equipment Suppliers Association.
“Coffee shops can turn a few pence-worth of ingredients into a £3.50 beverage in minutes.
“However, consumer expectations are getting higher all the time. The right equipment is vital, not only in order to meet those expectations but also to reflect the volume being served.”
Shaddock said top-end, “specialist” coffees are no longer limited to coffee shops, with sophisticated coffee machines now appearing in pubs. Espresso machines, coffee brewers and, for larger premises, coffee urns are among the most popular machines, he said.
This view was echoed by Sandro Formisano, chairman of equipment supplier New Concept Glasgow.
“A good coffee machine is a must if only to compete in the marketplace,” he said. “Even takeaways are installing machines now and moving into the coffee market.”
Selecting the right machine is paramount, said Formisano, who advised outlets to be wary of buying equipment that is larger than they need. According to the supplier, ambitious “supersalesmen” are often selling operators three and four-group coffee machines. With each group head capable of producing two coffees at once, these machines are able to produce six or eight coffees at the one time – far more than many operators will ever need.
“I’ve seen it too often,” said Formisano.
“People don’t know which machine they’re buying.
“The bigger it is the more it costs to buy and to run.”
As with other investments, operators have to decide whether to buy new or a previously-owned coffee machine.
David Lawlor of Watermark, which markets Gaggia coffee machines in the UK, said purchasing previously-owned machines can be risky, as there is no way to know how well the machine has been cared for by its previous owner.
“A second-hand espresso machine comes with frustration, more downtime and ultimately customer disappointment,” Lawlor claimed.

The right equipment is needed – to meet expectations and reflect the volume served.

“Don’t forget, in most cases the previous owner has rejected it for a reason.”
Lawlor argued that an operator will end up paying a lot more over the long term for a second-hand coffee machine than a new one, when ongoing servicing costs are factored in. In fact, he estimated that a new machine should require around £150 to £180-worth of servicing a year, while a second-hand machine can cost up to £600 a year.
The investment can also be partially mitigated by financing – an area that suppliers are now moving into.
“So many of our clients were being let down by the banks that we decided to partner with Close Asset Finance and offer our own solution,” Formisano explained.

Image: More coffee machines are appearing in pubs across the UK as outlets compete on coffee quality.