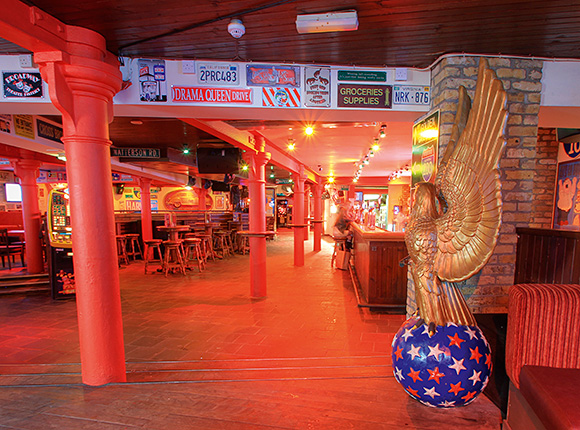 THEY’VE been a successful double act in Glasgow for years, attracting a large chunk of the student market to their neighbouring bar and club in one of the city’s busiest streets.

Now the people behind Campus and The Garage on Sauchiehall Street are aiming to recreate that magic in the north east.
Donald MacLeod, boss of Garage owner CPL, and Carlo Citti, the man behind Campus, have embarked on a joint venture that’s seen them develop the brands side by side (or, more accurately, on top of each other) in Aberdeen.
The venues trade in the space formerly occupied by the Warehouse (now home to The Garage) and Bassment (now Campus) on Windmill Brae, not far from Union Street.
After a hectic refurbishment, which saw Citti don the hard hat and overalls, the venues opened for business in early September – giving the operators a good run before the students return at the month’s end.
MacLeod said the early response to the venues has been “phenomenal”, though he admits the opening night had been a bit of a close call.
“We did great business but it was squeaky bum time,” he recalled.
“We had booked Mark Lanegan, ex-Screaming Trees and Queens of the Stone Age, who is a friend, and we’d hoped we’d be up and running by the time he sound-checked, but we were still painting and laying carpets.
“Any other band would have sued us!”.
In some ways going to Aberdeen was the logical step for both brands, given the size of its student market. But MacLeod explained that until a year and a half ago the city wasn’t really on his “radar”.
“I’m a great believer it what’s for you won’t go by you,” he said.
“CPL, at its height, was always very Glasgow-focused, though that didn’t stop us looking at other venues, including the Marquee in London.
“We ran the Cathouse in Edinburgh for six years, and Carlo even opened in Sunderland, so we had done it before; it’s just that Aberdeen or Dundee hadn’t been on the radar.”
When the site came up 18 months ago, it had lain empty for some time and required major renovation, not least with regard to sound-proofing.
But, having worked together for several years, and spent several more trading harmoniously in Glasgow, Citti and MacLeod felt the chemistry between them and their brands could be a winning formula in the city.
“The Garage sits very well with Campus,” MacLeod said.
“And we know each other well.
“We worked together for years and never lost contact. He’s one of the few people in this business I trust and that’s important. Equally, the sentiment is the same in return.
“We have a lot of common ground and the brands seem like a perfect fit.”
Despite their confidence, the project, ultimately worth close on £500,000, was to present its challenges.
The banks, for one, declined to back them – despite the pair’s track record of launching successful bars and clubs in Glasgow. In the end two brewers, Heineken and Molson Coors, stepped up to supply some of the backing. 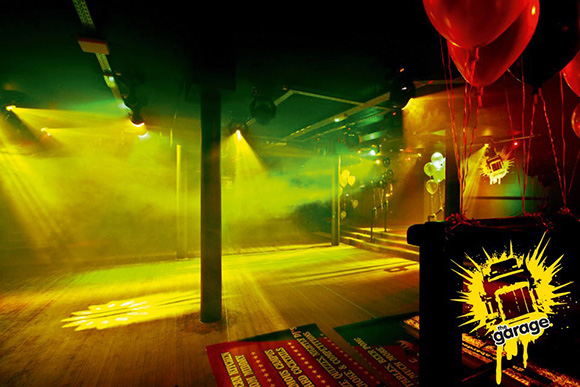 MacLeod is scathing about the banks’ prevailing attitude to the trade.
“The whole banking system is a disgrace – it’s not just me, they’re not supporting business or entrepreneurial spirit,” he said. “Thankfully the brewers still have vision and are willing to support new enterprises.”
When it came to the refurbishment, Citti played a hands-on role, MacLeod said, leading a team of tradesmen drawn from Glasgow in the main.
One of their biggest tasks was adding two-metres of sound-proofing around The Garage – a 1000-capacity venue featuring a dance hall, main bar, VIP area and other smaller spaces.
And it seems the contractors did a mighty fine a job – the proofing was so effective that it quickly became apparent that fans and air conditioning was needed. An extra bar was also deemed necessary in The Garage to cope with demand.
As for the entertainment, the two venues will rely to some extent on the formulas that have proved so successful in Glasgow. That means X-Factor nights, a Campus speciality, look destined for Aberdeen.
But MacLeod said that while some artists booked to play The Garage in Glasgow may be offered the chance to do Aberdeen as well (Huey from the Fun Lovin’ Criminals has already been lined up) the club nights would be tailored to the tastes of the local audience to some degree.
On trading conditions in the city, MacLeod said early evidence suggested Aberdeen has been insulated from the recession due to the success of the offshore sector, but neither he or Citti would be taking anything for granted. “We’ve had a good opening – the feedback has been phenomenal and that’s before the students are back,” he said. “But we’re not resting on our laurels.”

Images: Campus and The Garage launched in Aberdeen earlier this month. The Aberdeen student population responded enthusiastically to their arrival.