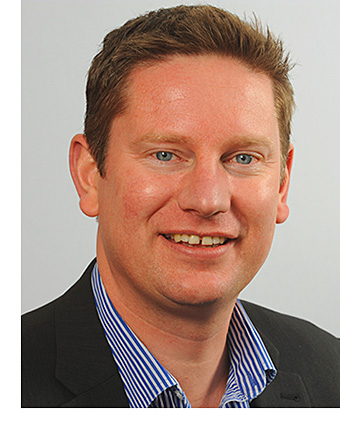 A MAJOR leased pub operator has put succession plans in place to ensure its outlets remain in the hands of the best tenants for years to come.

Spirit Leased, a division of the Spirit Pub Company, which de-merged from Punch Taverns last year, is inviting current licensees to recommend new tenants for outlets across its 500-strong leased estate.
The Licensee Referral scheme will see the firm, which leases 43 pubs in Scotland, hand £500 to every tenant who makes a successful introduction.
Former Punch man Chris Welham, who was appointed to head Spirit Leased earlier this year, expects to attract experienced operators due to the quality of pubs in the estate.
“Because the sites we’ve got are ex-managed [550 Spirit pubs were converted to leases from managed houses after it was acquired by Punch in 2006], they have a higher level of turnover than some of the Punch pubs used to have,” Welham explained.
“These are pubs that should be capable of and are turning over upwards of £6000, £7000, £8000 a week – many significantly more – so the earning capability of the licensee is greater.
“So if there is growth in these pubs, and we think there is, then we need to ensure we’ve got a constant pipeline of people that are looking for a profit opportunity, rather than more of a lifestyle pub.
“We tend to find that the best source of interested parties is the network of our existing licensees, so we’ve said that if they recommend someone we’re happy to recognise that – if [a new tenant] signs a substantial agreement we’re happy to pay £500 to the current licensee.
“These pubs represent a greater profit opportunity than other pubs perhaps do, and we’re keen to talk to people who might be interested.
“It’s not a new idea, it’s more a way of recognising that licensees do have a great network and trying to tap into that.”
Welham rejected the notion that the scheme has come about because Spirit was encountering difficulties in recruiting new tenants.
While a lack of bank support is preventing many prospective operators from entering the trade, he suggested the quality of the Spirit estate would make lenders look more favourably on backing them.
“I think that’s where we might have an opportunity – on two fronts,” he said.
“The scale of these pubs is greater than perhaps your normal, average local community pubs. These are bigger-sized pubs, they’re ex-managed sites and they’ve got facilities like kitchens, car parks and accommodation, and their trading areas tend to be bigger.
“The profit opportunity means we are potentially looking at a market for people who would have greater levels of investment spend. I’m keen to attract people who, instead of looking for a lifestyle business, are looking for a really strong business opportunity that can make them a good living.
“The second thing, and one of the great advantages of being part of a managed business, is that there are things we can bring to enable the licensee to have a far more compelling offer.
“And by which I mean things like the communication of the offer, the value of the offer and the way it’s provided in terms of its delivery.
“As a business we have enormous scale, so what we’re moving away from, where we can, is the traditional letting model.
“We’ve got an opportunity to provide greater scale on food and drink, provide better capital investment, better communication internally and externally, and team training. There’s a lot of stuff I can leverage.”
Welham revealed Spirit was working on a range of models that mark an evolution of the traditional leasing model, one being a “percentage of sales” deal, the other a potential franchise. The details are still to be fleshed out, but in theory, the franchise would enable the leaseholder to devise a “far more compelling retail offer, and be up-skilled and trained to deliver it, so they can compete and take share from the people who are taking share from us – managed houses”.
Spirit Leased came into being around 12 months ago, when Punch group chief executive Ian Dyson demerged Spirit Pub Company from Punch Taverns.
The de-merger came about, according to Welham, due to “confusion in the City” over the differences between the two sides of the business. The split was based on how the two sides were initially funded, meaning that around 550 leased pubs transferred to the managed-focused Spirit.
The initial plan was to sell off the estate, but a change at Spirit’s board level led to the decision to retain a leased division, Welham explained.

Image – Chris Welham, who joined Spirit from Greene King, said the firm is looking at evolving its lease model.