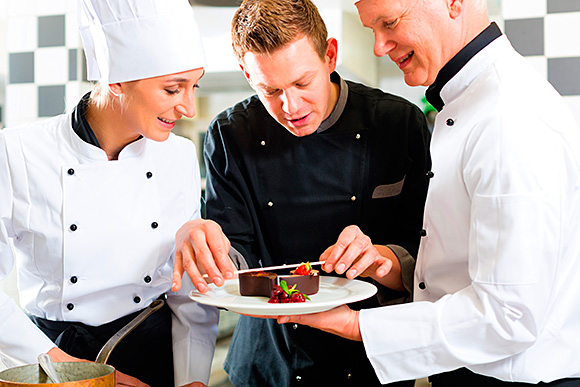 NEARLY half of young people have still to be convinced of the benefits a career in the hospitality sector can offer – despite soaring unemployment among 16-24 year olds.

A recent survey found that 43% of young people in the UK would not consider a career in the industry, even though it’s one of the few offering opportunities in the current economic climate.
With the latest figures from the ONS (Office for National Statistics) suggesting one in five 16-24 year olds in the UK is unemployed, hospitality experts are concerned over the ‘disconnect’ between what young people will consider and the jobs on offer, according to the report.
Concerns that the work would be boring and repetitive and that the industry is not sufficiently forward looking were cited by significant numbers (two in five and nearly a third respectively) of those surveyed for not considering jobs in hospitality. A fifth said they felt the sector would not allow them to use their skills in technology, including knowledge of the internet and social media, with a third saying that their skills would be better suited to an office environment with ‘modern technology’.
The poll, commissioned by hospitality solutions firm Livebookings, was based on the views of 1000 16-24 year olds across the UK.
Hospitality figures said the findings showed that greater understanding of what the industry has to offer – and the skills it often entails – is required.
“Many young people entering the job market now don’t realise how much there is to a restaurant management role,” said Peter Aviv at Babylon Restaurant, part of Sir Richard Branson’s Virgin Limited Edition.
“We’re recruiting currently for Babylon and in addition to the traditional skills you’d expect we’re also looking for IT, marketing and social media skills.”
Aviv’s views were backed by Val Carter at food services firm ARAMARK, who said “our industry is an amazing place for young people to develop their career”.
Yet while many unemployed 18-24 year olds are said to be against joining the industry, there’s no shortage of young people signing up for hospitality courses.
Willie McCurrach, head of food, hospitality and tourism at the City of Glasgow College, told SLTN that “enrolment is strong and steadily growing each year”.
“We’ve capped the number of courses we do offer but we could do more,” he said.
McCurrach said bakery and event management courses were growing in popularity, with more young people showing an interest in cooking. S3 pupils attend the college for half-days as part of a pre-vocational cooking qualification, which McCurrach said is useful for recruiting candidates for full-time courses at the college.