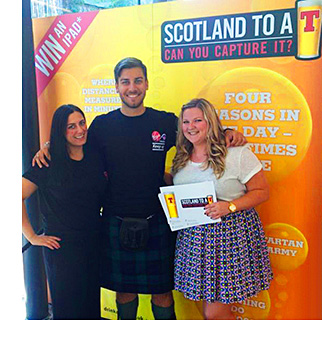 TENNENT’S is asking consumers to sum up Scotland to a ‘T’.

The lager wants Scots to describe how they feel about their nation in a campaign to design a pint glass. A regional campaign last year created six glass designs featuring humorous quotes from each city.
Tennent’s will be touring the country with a ‘Scotland to a T’ booth later this month, allowing people to express their views in person on video.
The new glasses will be launched in the on-trade in time for St Andrew’s Day on November 30.