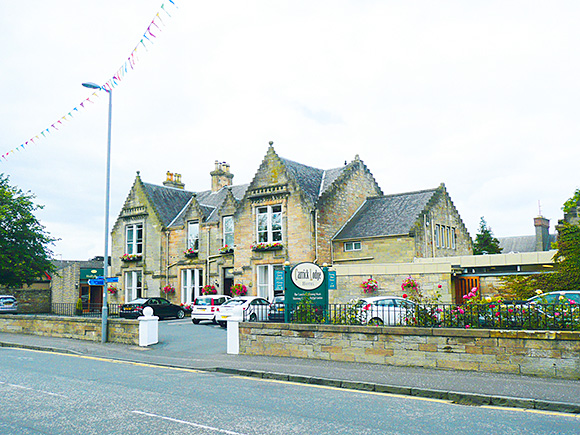 OPERATORS seeking to acquire a well-established business might be interested in an Ayrshire hotel, which has come onto the books of Christie & Co.

Located a short walk from Ayr town centre, Carrick Lodge Hotel has been owned by Jim and Tracey Murdoch for the past eight years, during which time the couple have carried out an extensive refurbishment of the property.
The business has a bar and a 42-cover dining room and is said to be renowned for its food, attracting regular trade from customers in Ayrshire and further afield. The hotel also has three private dining areas and a 30-cover function room – both said to be popular for small parties and business events – and seven individually-designed letting bedrooms.
Christie & Co’s Graeme Smith, who is marketing the property, said Carrick Lodge Hotel represents an “exceptional opportunity” for new owners.
“Over the past seven years the hotel has traded with a turnover in excess of £1 million, which proves the business is extremely solid,” he said.
“The property is presented in excellent condition both internally and externally.
“It is close to Prestwick International Airport, which is a destination for a high number of European flights. Ayrshire is also renowned for being a golfer’s paradise, with a number of championship courses nearby, including Royal Troon, Prestwick and Turnberry.
“With Ayr’s connections as the birth place of Robert Burns and Ayr Race Course (home of the Scottish Grand National), the Carrick Lodge Hotel attracts a number of returning tourists and sporting enthusiasts throughout the year.”
Offers over £1.1m are sought for the freehold of Carrick Lodge Hotel; leasehold offers will also be considered.