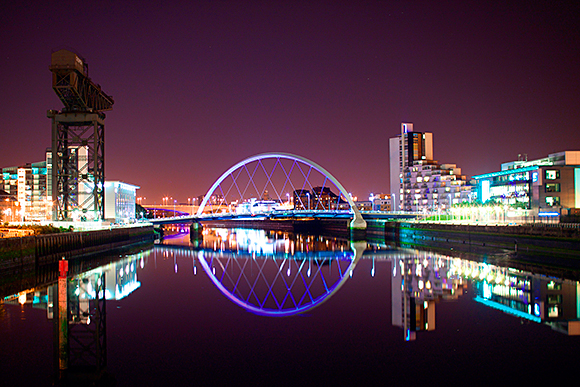 GLASGOW’S hotels, bars and restaurants enjoyed a bumper spin-off from London 2012 as sports fans flocked to the city to catch the Olympic football action at Hampden.

Hotel occupancy rates on the night the first of eight games played at the national stadium reached a record 96%, compared to 90% and 81% on the same day in the previous two years, according to figures quoted by Glasgow City Marketing Bureau and Glasgow Chamber of Commerce.
Hampden hosted eight games – three from the men’s tournament and five from the women’s – over ten days from July 25, beginning with the USA v France ladies clash.
Stuart Patrick, chief executive of Glasgow Chamber of Commerce, said hospitality businesses across the city reaped the benefits.
“There is no more telling example of this prosperity as on the night of the US Olympic women’s football team’s first game at Hampden Park, when the city achieved a 96% occupancy rate of hotel rooms, the highest since records began,” he said.
“The majority of these guests will have relaxed in one of the many bars and restaurants which people travel from all over the world to enjoy.
“The picture this paints is extremely positive, demonstrating the hospitality sector’s ability to capitalise on large events taking place in the city’s proximity and the cash injection ultimately associated with them.”
Scott Taylor, chief executive of Glasgow City Marketing Bureau, said anecdotal evidence suggests there has been more American visitors to Glasgow in recent weeks.
“On the evening of July 25 when Team USA kicked off their first match in the city, hotel occupancy reached an unprecedented 96%, compared to 90% and 81% on the same day in the two previous years,” he said.
“Glasgow’s reputation for fair pricing during peak periods has undoubtedly stood us in good stead.”
Malcolm Roughead, chief executive of VisitScotland, said the London Olympics helped whet the public’s appetite in the build up to the 2014 Commonwealth Games in Glasgow.
“For VisitScotland, the London Olympics was not just about our marketing activity, but about long-term legacy – forging connections and gaining exposure during this great global celebration, which will hopefully benefit Scottish tourism for many years to come,” he said.
A spokesman for the British Hospitality Association described the benefits brought by the Olympics as “somewhat limited in the short-term but highly beneficial in the long-term”.
“The spin-off to Scotland, Wales and the English regions has been muted, although the torch relay was very helpful for hotel occupancy and any Olympic events, such as the football games at Hampden Park, would also have boosted business,” he said.
“We have always thought that Britain generally would reap the real benefit of the vast TV and media coverage of the Games in the next five years and this would be the real legacy of the Olympics for UK hospitality.
“So all the countries really have to make a big push to now build on the higher profile that the Games have given the UK.
“It is a once in a lifetime opportunity.”
• SLTN View, page 10.

Image: Glasgow is gearing up to host the Commonwealth Games in 2014.