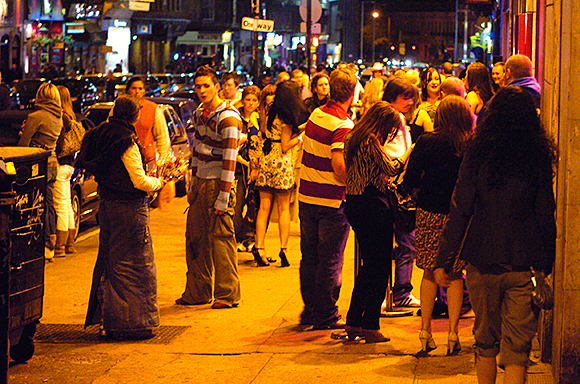 A CAMPAIGN for a return to traditional pub and nightclub trading hours has been launched in Glasgow, amid growing concern that intense price competition between operators is fuelling binge drinking in the city late at night.

Operators are lobbying the city’s licensing board, the police and council leaders for the restoration of the midnight and 3am closing times for pubs and clubs, which largely prevailed until the 2005 licensing Act replaced seven licence types with the single premises licence in 2009.
The campaigners say the change has led to an upsurge in the number of bars trading until 3am, forcing the price of alcohol down as businesses battle to survive.
They claim a “perception of crime” is leading people to avoid the city late at night.
And club operators say it’s harder for them as they have invested millions in CCTV systems, stewarding, first aid training and chill-out rooms as part of their licence conditions for late-night opening, while the rules have not been enforced as vigorously for pubs.
“A growing number of operators believe Glasgow licensing board should revert to midnight and 3am closing times for pubs and clubs in an effort to reduce the drunkenness that’s plaguing the city,” said clubs’ campaigner Eddie Tobin.
“20 years ago, the city had around 20 late-night licences, now we’re looking at 150-plus.
“Against our advice, the government took away the individuality of clubs and pubs and boards have been granting licences because they don’t know the difference.
“Now there’s free entry to almost any club before midnight and there are very few premises which don’t now do drinks discounts of some description.”
Tobin argued that anti-happy hour laws introduced by the 2005 Act to tackle binge drinking are powerless.
The Act effectively outlawed happy hours by providing that any price reduction must stay in place for at least 72 hours, but Tobin said competition is now so intense some operators are prepared to offer permanently rock-bottom prices.
Operators have held talks with new board chairman Malcolm Cunning, police and senior council figures to outline their concerns. Backed by the SLTA, they’re asking the board to alter its position on hours when it reviews its statement of licensing policy next year.
Donald MacLeod, chairman of the Glasgow Licensing Forum and owner of nightclubs firm CPL, told SLTN their call has received a sympathetic response, not least because city centre footfall is dropping – during the day and at night.
“There’s growing concern among nightclub operators and members of the SLTA that there are too many late-night licences; overprovision is a problem” he said.
“This is happening as there’s been a massive drop in the number of people coming into the town. People are coming out later and this is compounded by pubs and clubs offering cheap drink. It’s a nightmare scenario that no one wants.”
SLTA boss Paul Waterson said a return to discrete hours for pubs and clubs would reduce the effects of what he fears has become “all-out competition” on price across the trade.

Image: Campaigners say a “perception of crime” is causing people to give the city a miss.