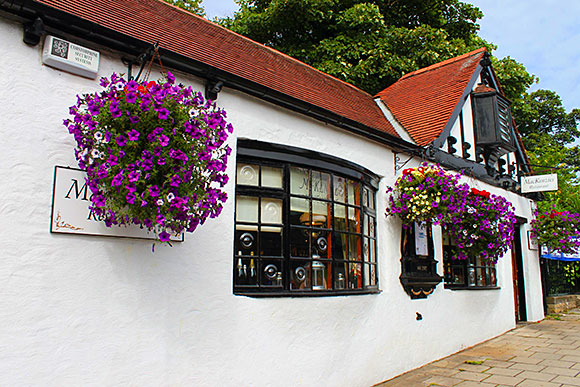 AN Edinburgh restaurant is on the market for the first time in 23 years.

Located in the heart of Colinton Village, around 6km south west of the city centre, MacKenzies Restaurant is being sold by owner operators Mike Fraser and David Coulson to allow them to focus on their outside catering business.
The 60-cover restaurant occupies a detached cottage-style property and takes its name from Edinburgh lawyer and writer Henry MacKenzie, who lived in the cottage adjacent to the restaurant.

Having traded for nearly a quarter of a century, the restaurant has built an excellent reputation.

On the market at offers over £95,000 for the leasehold, with a starting rent of £35,000, the restaurant is said to be equipped to accommodate a variety of food styles.
“Our clients are looking forward to focusing their efforts on the outside catering arm of MacKenzies and relinquishing control of the day to day running of the restaurant side of the business,” said Alan Goldie, director of The Restaurant Agency, which is marketing the property.
“Having served an established clientele for nearly a quarter of a century, this incarnation of the former Champany Inn the Town has built an excellent reputation for food at the highest standard.
“The premises lend themselves to a fine dining operator (such as previous owners, the Davidsons from Champany Inn) and with the growing demand for steakhouses, this market should be seeking neighbourhood sites in affluent areas to bring the cuisine style to the suburbs.
“Further, there is a shortage of ethnic cuisine style in the immediate area and a presently untapped market for Indian or Chinese cuisine with takeaway, which would go down well in the area.
“There is at present an established Italian restaurant in the village and pizza takeaway adjacent but given the space on offer and positioning it lends itself particularly well to a restaurant offering with takeaway or even a chip shop with seating for a hungry neighbourhood!”

Image: Mike Fraser and David Coulson have run MacKenzies Restaurant in Colinton for the past 23 years.