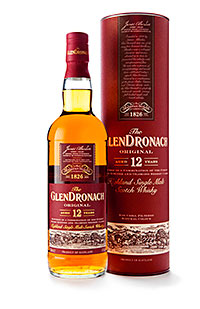 A NUMBER of Scottish distilleries had reason to celebrate last month after picking up medals at this year’s International Wine and Spirits Competition.

Among the winners at the event were William Grant & Sons, which won a total of six gold outstanding and gold medals for Glenfiddich, and the BenRiach Distillery Company, which scooped golds and silvers for its BenRiach and GlenDronach malts.
Glenfiddich won a Gold Outstanding medal for its 15 year old expression, with gold medals awarded to expressions including Glenfiddich Snow Phoenix, Glenfiddich Malt Master’s Edition Sherry Cask and Glenfiddich 30 year old.
The distillery was awarded a further one silver and five silver outstanding medals at the event.
Glenfiddich malt master Brian Kinsman said the awards had special significance as the distillery celebrates its 125th year.
“We are thrilled and proud to have been awarded six gold medals by the IWSC,” he said. “The medals recognise the hard work of all the crafts people and fulfil the vision of our founder, William Grant, who set out to create ‘the best dram in the valley’ 125 years ago.”
BenRiach, meanwhile, picked up gold medals for BenRiach 25 year old and GlenDronach 12 year old, as well as two silver medals for BenRiach and three for GlenDronach. Sales director Alistair Walker said the company is especially pleased with the GlenDronach gold. “This is our flagship GlenDronach expression, and we’ve invested heavily in the wood management programme at the distillery, so it’s satisfying to see that effort come to fruition,” he said.

Image: The GlenDronach was among the winners.