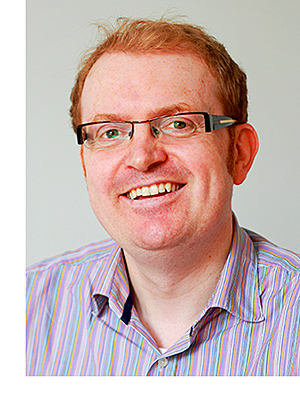 WARNINGS of financial Armageddon for sports-dependent pubs have regularly been aired since Rangers Football Club slid into financial oblivion.

Now that the dust has finally begun to settle I’m starting to think that such fears may have been overstated.
Last week’s news that Sky has extended its deal with the Scottish Premier League was a welcome boost for the trade, even if there will be no Glasgow derbies to show, in the league at any rate, for at least three seasons.
Football shown live on satellite TV, whether from the Scottish, English, Spanish, German or Italian leagues, is a big attraction for many pubs, and the prospect of no action from Scotland would surely have diminished that offer.
And, while Celtic have been installed as the runaway favourites to win the SPL, it does not necessarily follow that The Rangers’ absence from the top league will preclude an exciting season.
The return of the Tayside derby alone has been a welcome spin-off from the Rangers debacle.
Indeed, Dundee operator Jonathan Stewart told SLTN last month that the promise of at least three Dundee v Dundee United matches would more than compensate for the loss of Rangers v Celtic meetings.
It might even be argued that the Edinburgh derby or games involving other leading SPL clubs will generate more interest due to the more realistic chance those sides will have of finishing runners-up.
Neither should it be forgotten that The Rangers will be a major TV draw – even in division three.
The Ibrox club’s historic first match as a newco, an away match against Brechin City of division two, produced a ratings record for BBC Alba.

The fall of Rangers may not be the commercial disaster for pubs many feared.

Satellite channels Sky and ESPN have seen the commercial potential in charting the reborn Rangers’ attempt to return to the top level, with Sky confirming that it will show five Rangers games live from division three this season, starting this weekend at Peterhead.
In my view that also constitutes some compensation for football-focused parts of the trade – games involving Rangers will always command a TV audience, even if the figures could be lower in division three than the SPL.
And it’s not just through showing matches involving Rangers mark II that bars might get a turn: pubs and shops in Brechin were said to have reported brisk trade when followers of the Glasgow club came to town, and it’s no stretch of the imagination to suggest places like Elgin, Berwick, Montrose, Peterhead and Stirling will similarly benefit over the course of the season.
On balance, I suspect the spectacular and undignified fall of Rangers will not have been welcomed by Scottish operators from a business perspective, but hopefully it will not turn out to be the commercial disaster some feared.

Thank you, and goodbye

VAT’s the way to do it

Making all the right noises