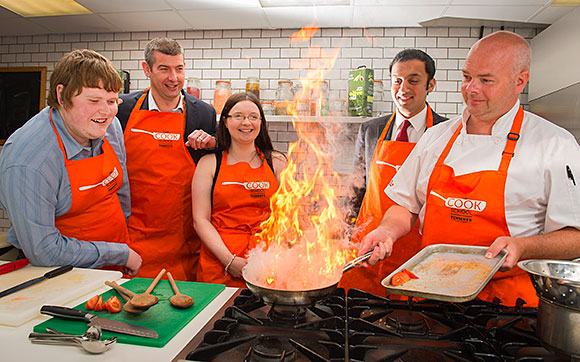 SCOTLAND’s brightest young hospitality stars are being given the chance to take a ‘MAP year’ to enhance their prospects.

Tennent Caledonian Breweries last week launched the MAP (Modern Apprentice Plus) programme to nurture and fast-track 25 of the brightest and most ambitious young Scots working in pubs, restaurants and hotels each year.
Funded and managed by TCB with support from Skills Development Scotland, the new scheme will be run from the brewer’s Tennent’s Training Academy and is open to 16 to 24 year olds already working in the industry.
TCB commercial director Steve Annand said the programme is part of the brewer’s continuing commitment to raising standards across the Scottish on-trade.
Applications for the course, which starts next month, are available at www.tennentstrainingacademy.com.