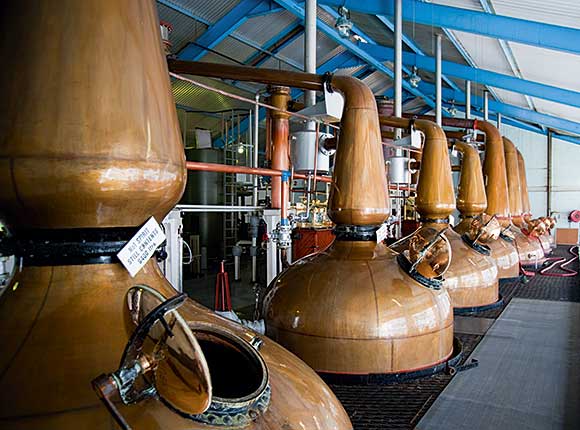 THE Scottish Government has been backed to see off a two-part legal challenge to its new minimum pricing legislation.

The Scotch Whisky Association (SWA) confirmed last week that it’s taking action against the controversial policy in the Scottish and European courts.
But leading licensees’ group the SLTA said the action only delays the inevitable, claiming that “the moral argument will outweigh the business argument” in the forthcoming courtroom battles.
SLTA chief executive Paul Waterson said he’s confident the legal challenge will founder.
“You’ve got to try and look at the signals and number one I can’t believe the Scottish Government would go down this road if they didn’t believe they had strong grounds for doing so,” he told SLTN.
“Number two, I can’t believe the Westminster government would back minimum pricing [if it was unsure legally] and number three, alcohol is not a free market – it’s a licensed market. When you talk about smoking or alcohol rules and regulations then I think it changes the rules.
“On that basis I’d rather be on the side of the government than anyone else’s.”
The SWA has long maintained that the MUP legislation is illegal, will fail to tackle alcohol misuse, hit responsible drinkers and damage the Scotch whisky industry.
Backed by the European Spirits Association and Comité Vins, the European wine group, its petition for a judicial review at the Court of Session will say the law on minimum pricing breaches the UK’s EU Treaty obligations and the Scotland Act 1998. The SWA has also complained to the European Commission that MUP breaches EU trade rules and will artificially distort trade, contrary to EU law. The petition for judicial review is expected to have its first hearing in the autumn (a date has still to be set), with the EC likely to issue its response within a year.
A challenge to the MUP Act had long been considered inevitable, but the SWA said it could only act after Scottish ministers notified Brussels of their preferred MUP of 50p, which came a few weeks ago.
SWA communications manager Rosemary Gallagher told SLTN that concern over the potential impact of MUP is causing growing concern among European drinks producers and governments.
“We’re worried about if from a Scotch whisky point of view – how it will affect whisky in the domestic market and how it will affect exports,” she said.
“Across Europe, wine importers and beer companies are worried. It [our challenge] has shown that drinks bodies are onside and realise the effects it could bring to their own business and our business overseas. The whole EU [drinks] trade is under threat.”
Waterson warned that ministers will regulate the alcohol industry with yet more stringent measures if the challenge to MUP succeeds, and raised the prospect of a ban on alcohol advertising and promotions.
Tougher marketing rules have been backed by MPs down south in a review of the Westminster government’s alcohol strategy. Gallagher said the SWA would consider any such move on its own merits.
“We’d have to look at the details,” she said. “If it’s something that is justified, that would work in practice and tackle alcohol misuse then we’d look at it on a case by case basis.”
Health secretary Nicola Sturgeon expressed “regret” at the SWA’s stance but said the government remains convinced that “minimum pricing meets the legal tests required” and “will vigorously defend this legal challenge”.